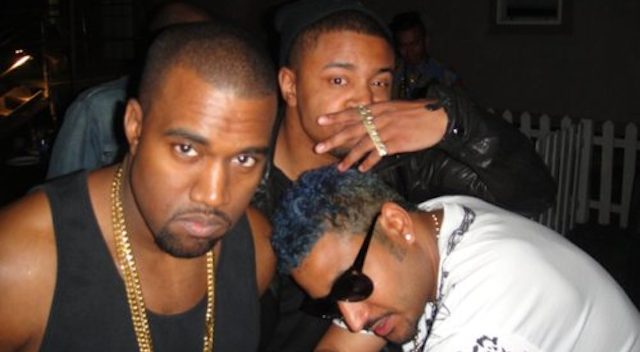 Not altogether surprisingly, it’s from completely fucking up.

DJ Million Dollar Mano (gold star if you already knew that was Kanye West’s DJ) announced yesterday that he was no longer working with Kanye West and that somebody else would be on the decks for his future live shows.

No reason was given by either Kanye or Mano for the split, but one dedicated Kanye fan from a Kanye West message board (because apparently something like that exists) was quick to compile this montage of DJ Mano (I don’t wanna type his full dumb name all the time, OK?) fucking up massively recently at Kanye West shows. Namely he would play the wrong songs or more noticeable drop a song out to pump up the crowd but then forget to drop it back in, meaning that Kanye is just sort of awkwardly standing there rapping without a backing track to thousands of people. Awkward isn’t really the word.

You can check out that compilation below and follow that by reading some tweets from DJ Mano, who appears to have gone completely insane due to the fact that he doesn’t have a job anymore.

gonna have a fun day blocking these kanye stans that are happy i don't dj 4 him anymore hahahahaha!

a lot of u fans are low key gay and want more than a fan/relationship with the men they look up 2.