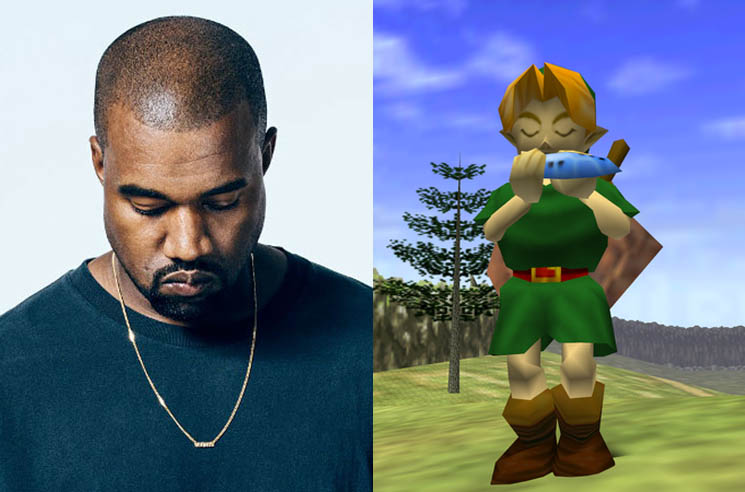 Did Kanye West produce this sound by accident?

Kanye West’s new gospel-inspired album ‘Jesus Is King’ dropped on Friday and while many are loving the new Kanye, others were put off by the Christianity (or rather – religious) theme. I listened through it once which will probably be the only time but I can appreciate what he’s trying to do – the beats and harmonies are great, especially on the first half of the album.

Anyway, musician Louie Zong seems to have picked up on something on the track ‘Selah’ – pointing out the similarity to a song from The Legend of Zelda: Ocarina of Time:

noticed something while listening to the new kanye album… pic.twitter.com/q1nRklkhf4

There’s no credit on the album for any Zelda sample, so you have to ask whether Kanye West would knowingly use the sample without asking or giving credit? That wouldn’t be very Christian of him so I doubt it, plus it’s not like he can’t afford any sample he wants.

Maybe someone was playing Ocarina of Time in the background and went through Gerudo Valley while Kanye was recording, and it accidentally captured the sample? Could be…

My daughter is a walking Legend Of Zelda encyclopedia. I played this clip for her and simply asked for her to tell me what she hears. No other context. She answered excitedly: “That’s the Gerudo Valley theme!” So yeah.

in my humble opinion, gerudo valley should be embedded in the heart of every song in existence

Heard it before it even cross-faded. It’s that blatant. Bless you Louie. Kondo lifted all soooorts of melodies too, music is fun that way.

Whether accidental or not, it’s always great to be reminded of one of the finest N64 games in history.

Speaking of which, have you seen the video of the blind gamer who completely Ocarina of Time over a 5 year period? Impressive.