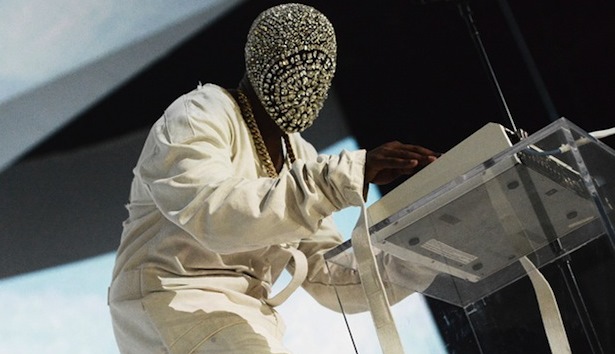 Let this be a warning to anyone who thinks they can heckle the great Kanye West in concert – if you have a problem with his artistic vision, you’re getting kicked out of the arena and going home.

Who would dare heckle the great Kanye West? Who would dare question the artistic vision of a man who gave the world the Bound 2 video? Someone who wants to get sent home early from a Kanye West concert, that’s who.

“You can see my face on the Internet every motherfucking day,” he tells the fan in Texas, who had suggested (loudly) that he take off his disco ball/Jason mask. “I came here, I open up a motherfucking mountain, and you’re trying to tell me how to give you my art. Now tell me something, you want to see me do this show the way I would do this show?”

You tell her, Kanye! But the fan wouldn’t listen and so minutes later, with a mere flick of his wrist – the fan was gone.

“Do I look like a motherfucking comedian?” Kanye asks. “Don’t fucking heckle me – I’m Kanye motherfucking West. I am dead fucking serious.”

You heard the man – positive, bum-licking vibes only.