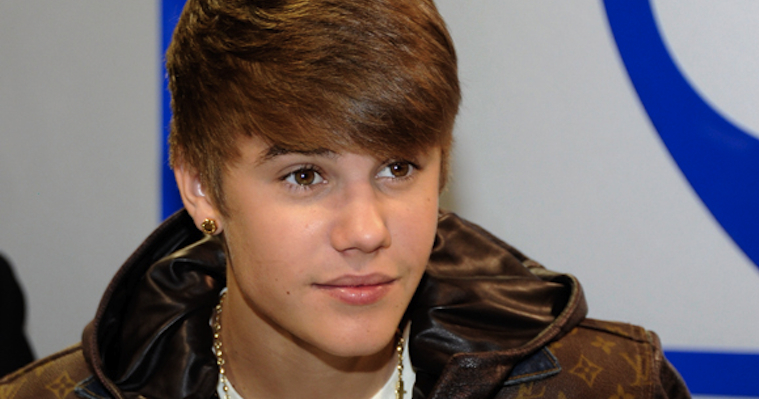 Justin Bieber has finally turned 18, which means it’s now no longer bad taste for a sex doll of him to come on the market.

To be honest it’s pretty surprising that this hasn’t been on the market for ages already – although I guess the fact that Justin Bieber wasn’t 18 yet probably had something to do with it. – but yeah this is finally with us. I’m not really sure if it’s aimed at men or women – or both – but I’m sure either of them could find a use for it fairly easily. Here’s the blurb for it and the packaging, which I’m sure you’ll agree is fairly outrageous:

‘Meet Just-In Beaver, the barely legal boy-toy who’s waited 18 long years to stick his lil’ dicky in something sticky! When he’s not busy beating up paparazzi or beating off, he’s up to his high-tops in hot Hollywood tail! But the Beave-ster doesn’t have this effect just on women – he turns straight men gay faster than you can peel his skinny jeans off! So what are you waiting for, inflate this lil’ p***ks’s ego even more and have your very own Beaver bash!’ 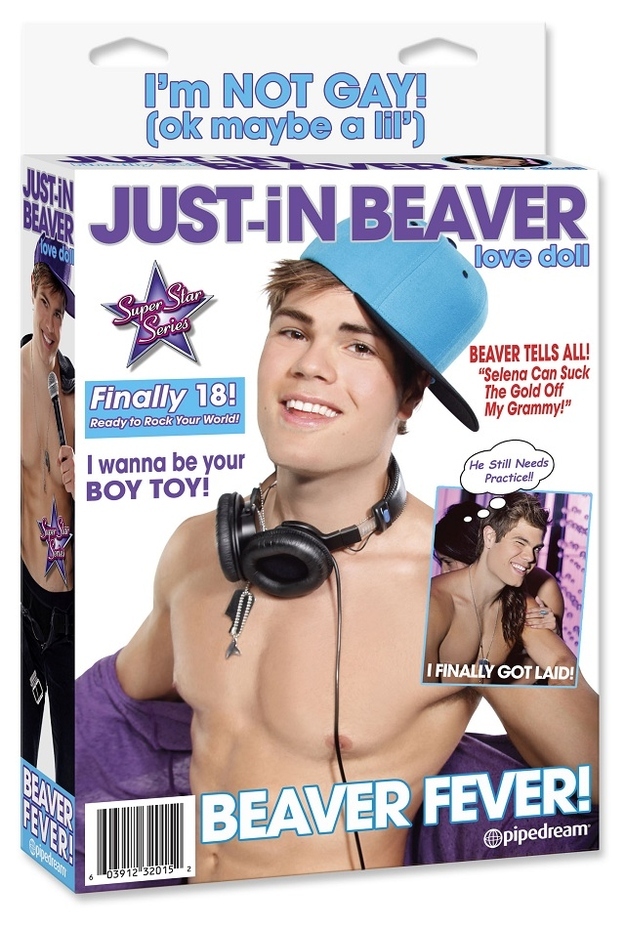 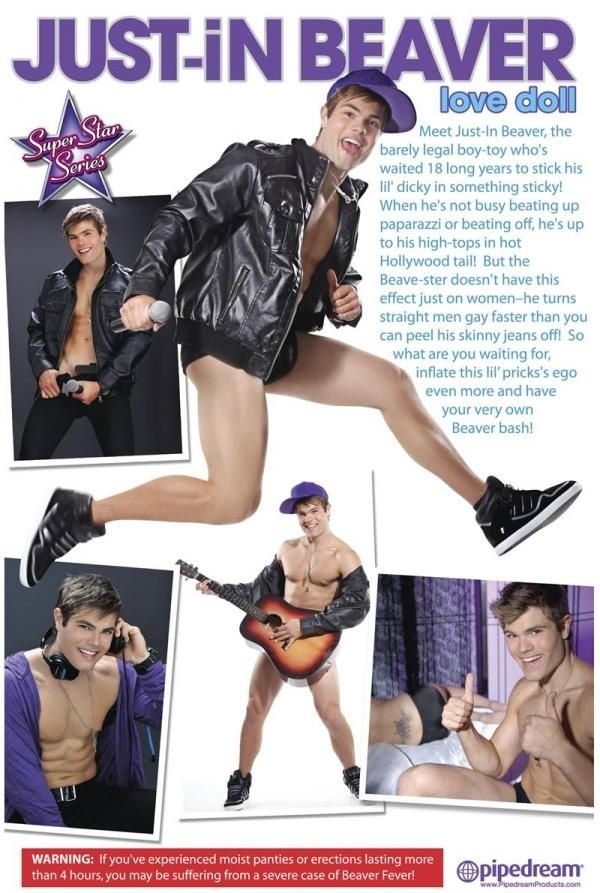 It’s rumoured that Justin Bieber is already suing the manufacturers – which should come as no surprise because Justin Bieber is worth around $700 trillion and these guys are making sex dolls – so if you actually want to pick one of these badboys up you had better do it fairly quickly. Unfortunately I have no idea how to get one myself because I just read about it over on Buzzfeed but I’m sure if you google it then it should show up fairly quickly. Oh yeah and apparently they only cost $26 which is about £18 or something so it’s not even gonna set you back that much. Talk about value for money. Good luck and enjoy!

â˜› More: Justin Bieber Throws Up On Stage In Front Of Thousands