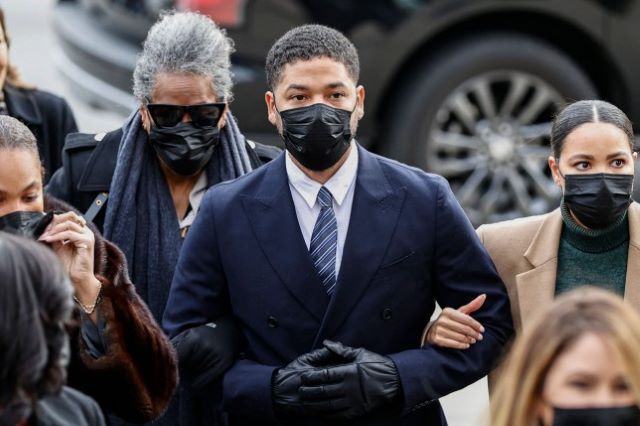 The trial is underway.

Back in 2019, news broke that ‘Empire’ actor Jussie Smollett had been attacked in downtown Chicago by two white dudes in MAGA hats, equipped with a bottle of bleach and a rope they had fashioned into a noose.

According to Jussie, they shouted racist and homophobic slurs at him, beat him up, poured bleach on him, put the noose around his neck, and left him to die in the middle of the street (his Subway sandwich was unharmed).

Some questioned the story; after all, downtown Chicago at 2AM is an unlikely place to find two white dudes in MAGA hats, and there was no CCTV footage of the incident, or any evidence at all really. He had been roughed up though, so what gives?

Well, police ended up arresting two black dudes (brothers, in fact) who were seen in the area at the time of the attack, and were caught on a shop’s CCTV buying the noose that ended up around Jussie’s neck. The suspects eventually told police that Jussie had PAID them to carry out the attack on him, and what’s more they had even rehearsed the whole scene in the days prior. Whoops. 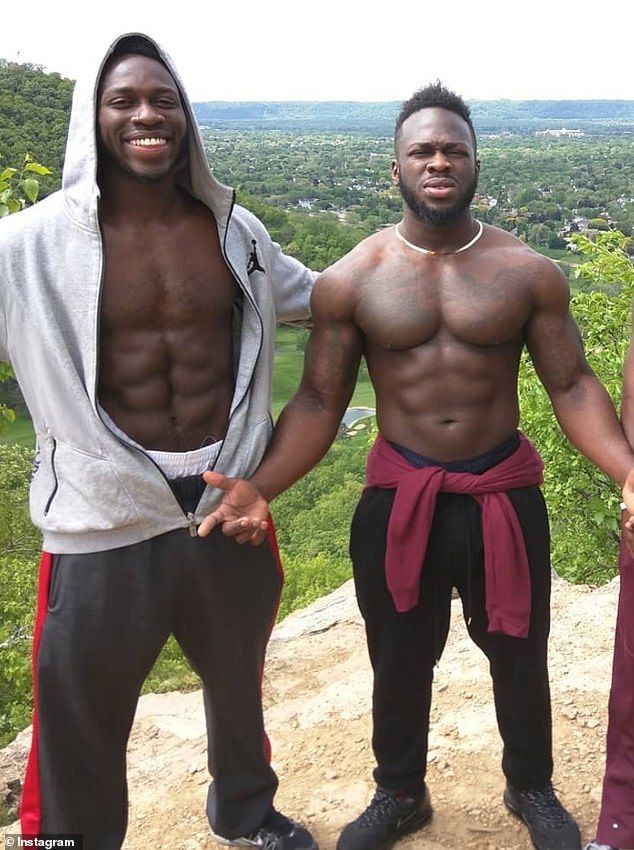 Well fast forward to November 2021, and Jussie Smollett is finally in court, facing accusations that he staged a racist and homophobic hate crime – which he still fiercely denies.

In fact Jussie Smollett, or rather his lawyer Nenye Uche, has come up with the perfect cover story for that night. Get this – Smollett was attacked by the brothers because they didn’t like him, and the cheque he wrote them for $3,500 (£2.6k) was for training purposes, in preparation for an upcoming music video. They then created this story about Jussie paying them to stage a hate crime after being caught. That’s it. That’s Jussie Smollett’s cover story. It’s genius! Well, it’s plausible, except it doesn’t really explain why they were wearing MAGA hats and supposedly yelled ‘this is MAGA country’ at him.

Furthermore, Uche told the court that there is not a ‘shred’ of evidence linking Smollett to the crime prosecutors allege, and that the evidence presented ‘will show a tremendous rush to judgement’ by police officers. He added…

At the end of the day they want you to believe Jussie was stupid enough to pay for a hoax with a cheque but was smart enough to pay (for supplies) with a $100 bill.

Seems a bit of a flimsy argument really, but what do I know? I’m just a lowly blogger with no law degree to my name. Still, if someone’s stupid enough to stage a racist hate crime in downtown Chicago a 2AM, then they’re probably stupid enough to do the rest too. 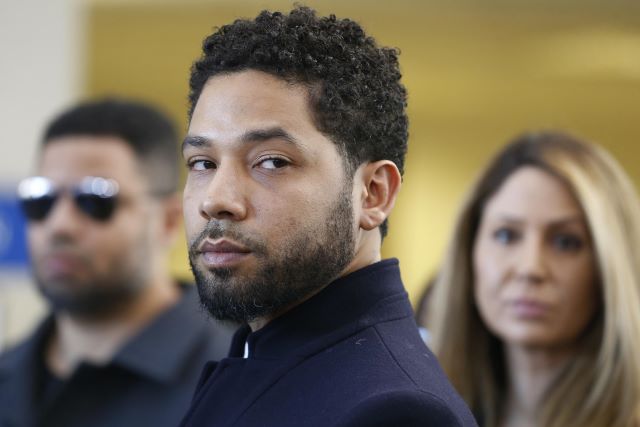 Meanwhile, prosecutor Dan Webb explained to jurors how Smollett recruited the two men involved to help him carry out the attack. He claimed that the actor did so because he was unhappy about how his television bosses handled hate mail he had received – including a drawing of a stick figure being hung from a tree with the ‘MAGA’ message.

Webb told the court that Smollett then ‘devised this fake crime’ and held a ‘dress rehearsal’ with Abimbola and Olabinjo Osundairo, giving them instructions, and telling them to buy ski masks, red hats and ‘a rope to make it look like a hate crime’. Addressing the court, Webb said:

When he reported the fake hate crime that was a real crime.

Smollett is charged with felony disorderly conduct, and could face up to three years in prison if he’s found guilty. Never forget:

Previously, Smollett’s lawyers had claimed that it’s possible his attackers were wearing ‘whiteface’ during the attack. Seem likely?