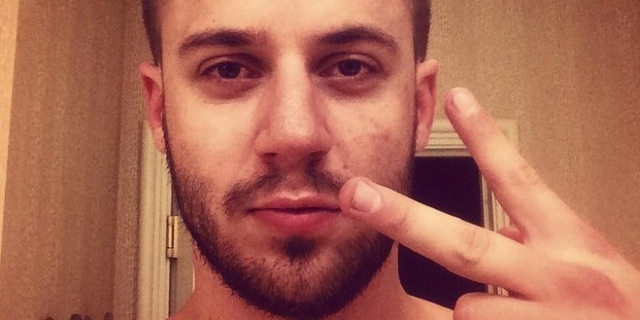 With the nation already up in arms about Dapper Laughs and his obscure brand of romantic coercion, the climate for ‘pick-up artists’ in the UK is most certainly not a hospitable one. Whilst men are just as desperate for female attention as they have ever been, the manner in which these feelings can be expressed is now subject to as-yet unseen scrutiny. In this decidedly anti-dickhead environment the self described ‘Dating coach’ Julien Blanc is attempting to enter the UK, with an eye to helping lonely and sexually unsuccessful men entrap woman into casual relationships, seemingly with no other reasoning than to help the Beta males and losers of society get what they deserve, how very philanthropic of him.

Next: Dapper Laughs Tells Woman She’s ‘Gagging To Be Raped’

To provide some background, Blanc belongs to the modern phenomenon of pick-up artistry, which is in short the obsessive research and implementation of methods with which to gain women’s sexual attention. Although this description could make his exploits seem somewhat harmless, the practical realities of said ‘artistry’ are altogether more concerning. Disregarding at this point the deeper issues of objectification and entitlement, which seem to be consistent themes throughout pick-up theory, the sheer inappropriateness of Blanc’s approach is downright disturbing.

We’ll set the scene with some of Blanc’s own words, who describes his online seminars as capable of providing ‘Panty-dropping masculinity’. Blanc’s website, the illustriously titled ‘Pimpingmygame.com’, goes on to detail his target market in perfectly aimed terminology. Blanc describes his life as a neglected and underappreciated youth, who in his own words ‘wasn’t one of the popular kids’; a shocking revelation. He goes on to detail how pick-up artistry helped him to blossom into the irresistible lady killer he is today, a true ugly duckling story that thousands of nervous and shy men could find hope in.

Blanc brings a double whammy of immorality, not only does he deliberately appeal to an extremely vulnerable market for his own material gain, the very product he is selling is composed primarily of downright objectification, it’s clear that women are seen here as a game to be played.

Next: Dapper Laughs Axed By ITV After 60,000 Sign Petition

Turning our attention to the actual methodology of Blanc’s technique, there is an unavoidable theme of misogyny that runs throughout. When opening conversation with an unknown woman, Blanc purports to be able to destroy her ‘Bitch-shield’, a phrase which implies that any female who’s uninterested in being approached is a bitch.

The recent video of an unnamed woman walking through New York (seen below) exhibited some similar ideas, where she was admonished by a total stranger for not being more receptive to his compliments. When all these very recent examples are added together, it becomes pretty clear that some men’s idea of what’s appropriate is still very much skewed.

To bring you back to the present day, Blanc was recently ejected from Australia after the population realised just what a complete knob-jockey he was and petitioned immigration to revoke his visa. In the UK a similar petition to bar his entrance has received 67,609 signatures, and a Twitter campaign to keep him out of Canada has received a vast amount of attention. The reaction of the international community to Julien Blanc’s ‘art’ is deeply warranted given even a cursory glance into the reality of what he’s peddling. Following the expulsion of Dapper Laughs from television, and Blanc’s pending barring from most of the Western world, it’s very clear that what’s appropriate in terms of dating has changed irrevocably.

The repulsive and entitled methodology that surrounds pick-up artistry is not palatable to society as a whole; I for one would loathe to exist in a world where manipulation and downright selfishness are disguised under the guise of romance. The fact that some people view this madness as ‘Masculine’ makes me sick to my stomach, and I refuse to have some greasy haired cunt flap with a patchy beard tell me what it means to be a man.