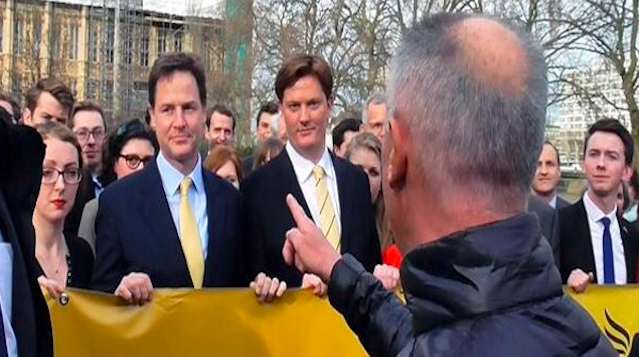 This is some intense and explosive stuff.

After the budget on Wednesday, investigative journalists Sonia Poulton and Bill Maloney took the opportunity to confront Nick Clegg in the street and ask him about institutional paedophile circles and austerity in a particularly intense and explosive manner.

As you can see in the video, the politicians simply ignore them which I guess is kind of understandable – it probably isn’t that great to be shouted at in the street and accused of being a paedophile everywhere you go – but it clearly riles Sonia up as she’s almost crying by the end of the video.

There’s also the possibility that there might actually be a paedophile circle running the country and that’s why they kept silent but I think we can all agree that we definitely hope that this isn’t the case. It doesn’t seem like Sonia and Bill are likely to stop digging though so the truth might come out sooner than we think.