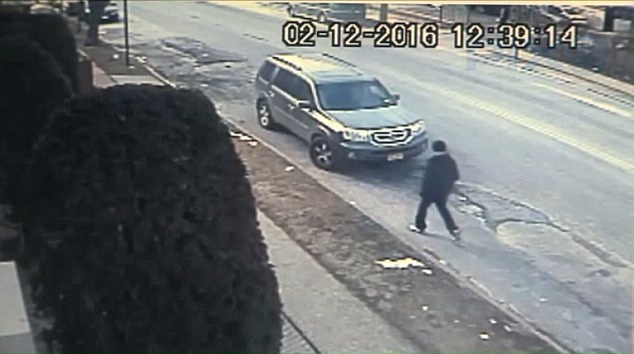 A teenage gunman escaping with a freshly-jacked pair of Jordans received the payback of the century when the guy he stole them from smashed into him with his car moments later.

39-year-old Philippe Pierre had arranged to meet up with 17-year-old Zachary Sam via Craigslist to sell him a pair of $190 Jordan Retro 8 trainers. However after he parked up his SUV, the teen jumped in and whipped out a handgun and took the shoes for free.

Watch as Pierre pulls a U-turn and smashes his car into the kid, completely GTA V’ing him and separating his arm from his body:

The kid’s so pumped full of adrenaline he actually manages to get up and run all the way home before collapsing outside his house. Doctors were able to reattach his arm after finding it at the scene along with his gun.

Meanwhile Pierre has been charged with attempted murder for his spur of the moment revenge move. You’d think it would be understandable you’d want to protect yourself and your property after someone’s just stuck a gun in your face and robbed you. At the same time, is it fair to claim self-defence after the crime has actually taken place? All I know is that it’s because of America’s stupid gun laws that this kid was able to jack this guy in the first place.

No word on the shoes, but hopefully they were OK.

For more street justice, check out what happens to this guy who tries to jack a car with a mum & baby inside.