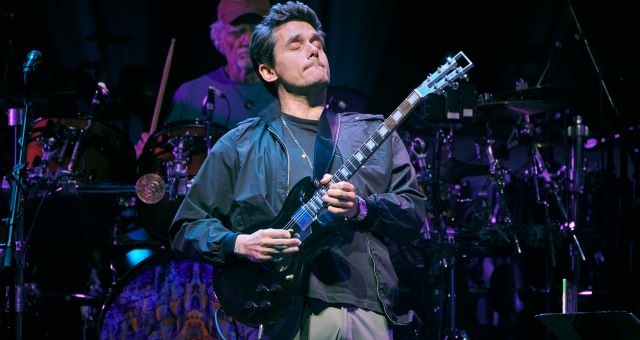 Way back in 2005, John Mayer was on his way somewhere and keeping his head down so as not to deal with a bunch of screaming fans trying to grab his willy and kiss him.

Turns out one of those screaming fans was a guy named Brian Burns’s mother, and upon hearing it was her birthday recently, Mayer made it up to her this week with an apology birthday song:

What a guy. I mean look at how utterly besotted Brian’s mum seems with John Mayer all those years ago:

Happy birthday to my mother, seen here begging John Mayer’s manager for a photo on the streets of New York in 2005. pic.twitter.com/j9KJXpyL4w

She’s probably been crying herself to sleep and cussing John Mayer for the last 16 years. And yet Johnny found a way to redeem himself and earn back her love all these later. Now she can get back to playing his songs on repeat and obsessing over him 24/7 like the good old days.

As for that “thing” John Mayer was going too…

Not only has he redeemed himself 16 years later, he also has the perfect excuse for why he blanked her all those years ago – he was on his way to a charity concert for victims of Hurricane Katrina! Swoon city. You just can’t hate on a guy like that no matter how hard you try.