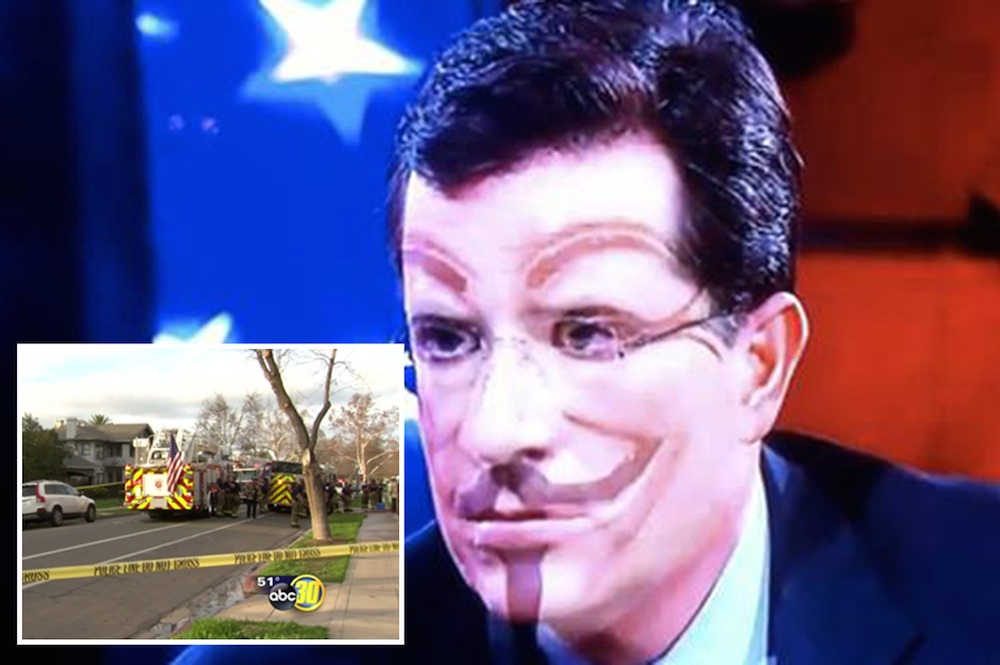 Even more messed up than Steven Avery’s case.

So we’re all pretty familiar with tales of police corruption by now (cheers Netflix) but this story is next level. A guy called John Lang from Fresno, California was a little outspoken about how his local police department treated the community. Apparently he’d uncovered a scam Fresno PD had going that involved scanning the number plates on cars whilst they were parked up at a few local businesses. He goes on to explain:

After collecting hits of violations they then would pull the unsuspecting drivers over a few blocks away from the store location in a marked police vehicle claiming they simply came across their vehicle through routine driving patrols. This unethical and possibly illegal activity was simply motivated by “profit” and unfairly targeted Fresno’s poorer residents.

Lang regularly posted evidence of corruption on Fresno’s local news site ‘Fresnobee’. His IP was logged by an insider on the site which gave his address to the police. This is when all the trouble began — obviously the police weren’t that keen on him blabbing. Luckily Lang had his house rigged up with CCTV cameras and what they captured is astonishing. His YouTube shows Fresno PD pull up outside his house to intimidate him regularly – the crooked cops even begin to condition his dogs to their scent to avoid being attacked. The most shocking video though has gotta be this one showing a van pulling up outside his house with a thermal imaging camera (what the fuck?) to check if he’s in.

Why would the police want to break in? Well, apparently to plant evidence. Lang suspected the police were trying to set him up for various crimes, from the use of false emission stickers for jet skis (points for imagination) all the way up to child pornography charges.

Imagine a police officer dressed in his official uniform pulling up in a police cruiser.

Imagine the same police officer or detective telling a group of coworkers of the accused or other folks that said person is a bad guy who is under investigation for the crimes of child pornography, and cops would like their help in putting a really bad guy away.

This would be a no brainier for most reasonable people.

There has long been a believe in Law Enforcement circles that if someone is guilty of something, then helping that process along by fabricating evidence is completely acceptable.

Lang even goes on to explain that the local internet services may also be involved, and cites a cover-up scandal involving a member of Fresno PD and a 16 year old girl which a few other activists had previously tried to out

Especially cases where the accused had a conflict with the City Of Fresno or high ranking City of Fresno personnel. Other elements are simply handled by planting various elements of false evidence here and there once they enter a residence.

That is why Fresno LE was so determined to get a search warrant for an official home entry in my case.

As I’ve mentioned in the past Fresno LE had already illegally and secretly entered by home, copied my hard drives in order to get a good game plan for the eventual false arrest.

There also appears to be a pattern here.

Anyone who has ever talked publicly about, accused, or discussed Jerry Dyer’s supposed sex scandal with that 16 year old girl has found themselves in some type of legal peril within a few short years.

Of course you could pass all this off as make-believe bullshit, but with the video evidence Lang has it’s difficult to just dismiss what the guy is saying. If we’re to believe Lang then what we’re seeing is complete destruction of someone’s character at the hands of a corrupt police force. The videos Lang captured steadily became more and more frightening, especially since the guy was essentially helpless — eventually things reached a head and Lang posted this up on Facebook: 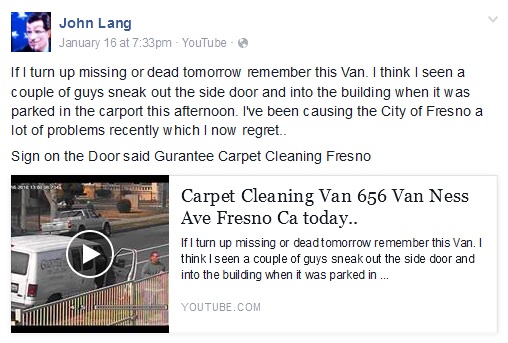 Just days after making this post guess what happens? Lang ends up dead after being stabbed multiple times, before having his house burnt to the ground. Well, maybe the van was just a few guys out to get some carpets clean? Nah, because ‘Guarantee Carpet Cleaning’ isn’t even a real business – numerous people have searched the details printed on the van, it’s all fake. Some jokers DID make a yelp review page for it though. You’re going to hell if you laughed.

EDIT: The joke reviews have now been removed. I’m calling shenanigans – note that there’s only one review for the company though, which was put up around the time Lang died.

The poor guy had even reached out to friends on Facebook, as well as a local news source. 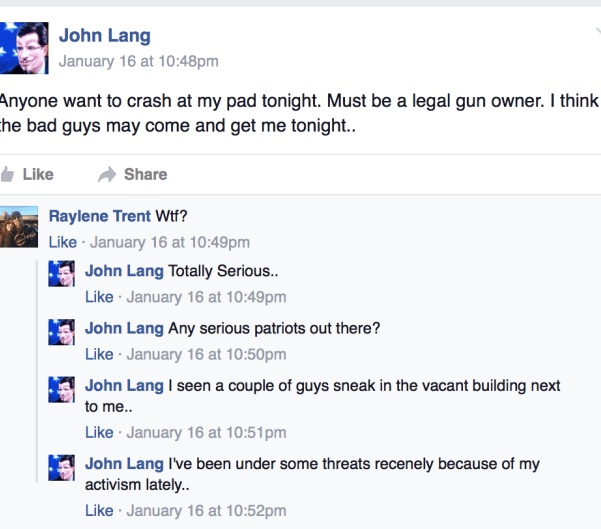 â€‹Raylene was having none of it. 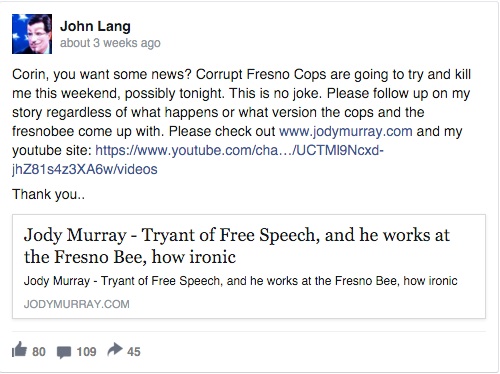 Look, I’m not one for conspiracies, but this seems a little messed up, right? The police say they have no suspects right now. Was he just another paranoid guy, or is there something more to this?  Personally I think there’s definitely something dodgy going on here, check out the rest of Lang’s videos here – just don’t go asking too many questions though, yeah?

Alternatively, if you haven’t read everything that’s happened since Making A Murderer aired then check this out – there’s a lot of it.