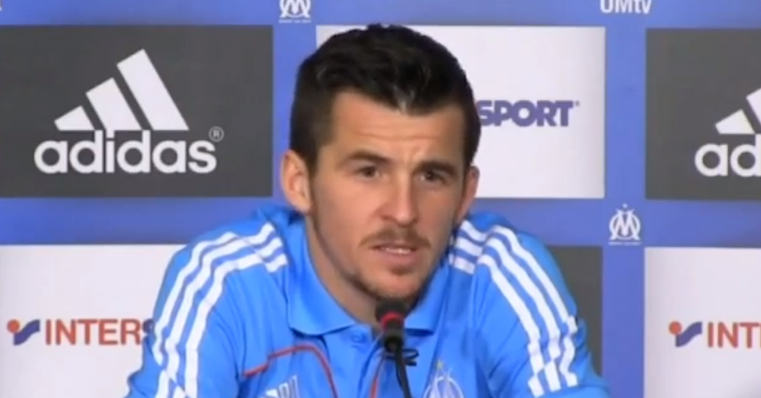 Well this is pretty great. Everyone remembers a few years ago when Steve McLaren went over to Holland to manage FC Twente and there was an interview with him where he had changed his accent to have a weird kind of Dutch twang to it even though he was doing the interview in English. I’m sure you must have seen it but if you haven’t it basically did nothing for his image after the ‘wally with the brolly’ label and if it was possible probably made everyone think he was even more of a twat than he was before.

Well now another stupid ass accent video has emerged and this time it’s the turn of another idiot from the world of football that everyone loves to hate – Joey Barton. As with Steve McLaren, even though Joey Barton is speaking in English he fro some reason is speaking in a bizarre French/Scouse mashup of an accent that is really confusing and pretty fvcking lolz. There are several moments where he goes full on Scouse in his words but when he starts speaking again he’s back to the weird accent. What an idiot. He doesn’t really talk about anything interesting in the interview, it’s mainly just bullshit about how he hopes the French media concentrates on him as a player rather than the jerk that he actually is. There’s a really good bit where he says that he think the French league is really boring which is a pretty good sound byte – I mean earlier in the interveiw he was talking about concentrating on his football and not his image so he immediately says something disparaging about the French league. Good move dickhead, I’m sure that will get the French media on your side.

As I’ve been writing this another video has emerged of Joey Barton talking in his stupid accent about what his best position is. This video is way better as his accent is way funnier and he says some really funny words in it like ‘deep lying midfielder’ and ‘deep position.’ I have got some sympathy with The Bart over this one because I pick up accents really easily and regularly get rinsed by everyone I know about it, but I don’t think I’ve ever sounded as retarded as Joey Barton does in these videos. The more you listen to them the better they get. Check them out below: