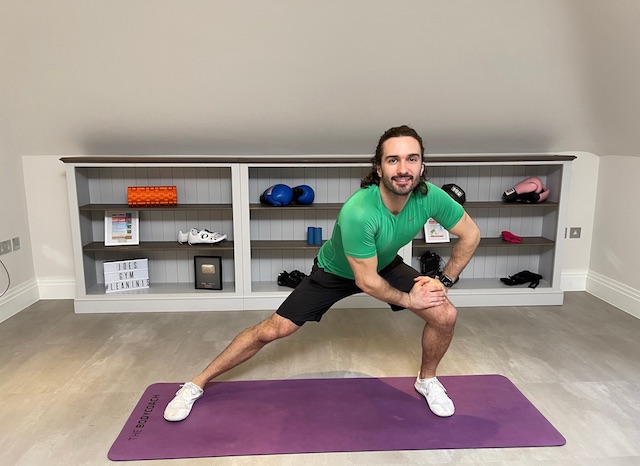 The third national lockdown has meant that Joe Wicks has been live-streaming his PE lessons for kids (and adults) stuck at home and unable to work out, but sadly things didn’t quite go according to plan during Monday night’s edition as someone ripped an absolutely killer fart in the minutes counting down to the start of the session.

You can watch the short clip – which was broadcast to 800,000 people – blelow and I think you’ll agree that there’s no way that this wasn’t someone, probably Joe Wicks himself, letting one go:

Ooof. There was some speculation as to whether or not it was a fart – not really sure what else it could have been, but people were definitely questioning it given Joe’s wholesome image – but Wicks revealed to Mark Wright this morning that it definitely did emanate from his asshole:

I’m so embarrassed by what’s happened. I pressed the live button on my YouTube stream, and just before, I’m talking 20 seconds before, something slipped out Mark… and you can guess what it will be Mark…

So I’ve let out this giant – honestly, the longest ripper I’ve ever let out in my life.

I didn’t realise it was live, so I’ve done the ripper-oo, five, four, three, two, one, I jumped in and I only found out today when I saw a link asking: “Did The Body Coach just let an almighty ripper off before his PE with Joe Workout?

Yeah, I suppose that’s going to be a bit embarrassing for the guy but pretty much everyone out there has a story about farting at an inopportune moment so I don’t think anyone is going to condemn the guy too much for what’s going on here. If anything it’s only going to raise his profile more, especially as he admitted what happened afterwards as well. Just makes him even more of a loveable scamp doesn’t it?

For more of the same, check out this study that claims smelling your partner’s farts makes you live longer. Can’t argue with that can we?