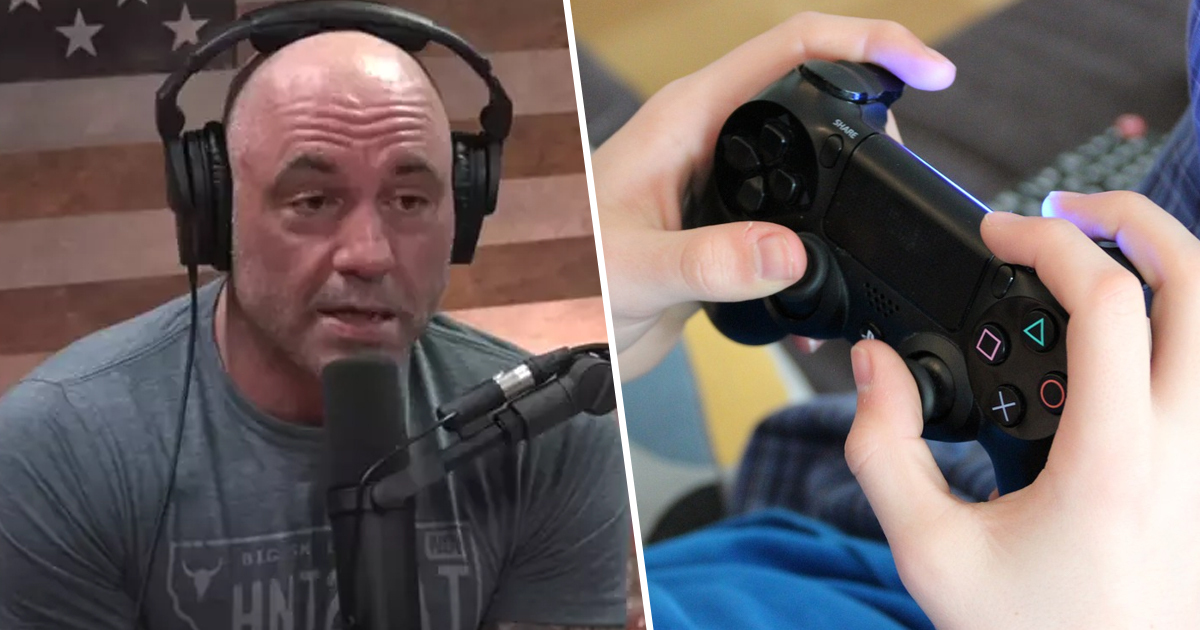 Is there any group that Joe Rogan hasn’t pissed off yet?

As usual, Joe Rogan has managed to piss off a section of the internet – this time by claiming that video games are a ‘waste of time’ and a ‘real problem in society’.

“Video games a real problem. You know why? Because they’re f**king fun. You do them, and they’re real exciting, but you don’t get anywhere.”

Joe Rogan has described video games as a “waste of time” for ‘most people’: https://t.co/8phVgmGYP9 pic.twitter.com/HGVgCfr7mh

I’ve heard Joe Rogan describe video games in this way before, though I couldn’t tell you on which episodes. I also remember him describing more than once how obsessed he was with the video game Quake back in the day:

Naturally, most people freaking out over Joe Rogan’s video game diss probably haven’t seen the above clip and are just reacting to the viral clip shared by Dexerto. They’re not happy about it though:

This guy probably gets home from work and watches football for 4 hours alone with a beer but playing games and socializing with friends is just “not as productive” right? 🤣

Naturally, someone just had to bring capitalism into it:

I don’t listen to @joerogan about anything. He is a millionaire, paid to express opinions that hurt and confused poor exploited people who then listen to him about why they deserve to be exploited and ill while he stays rich.

Joe Rogan is the circle jerk of American capitalism

Well, you can’t really say Joe Rogan is wrong here. Obviously if you have the chance to make a living off video games like so many do these days – go ahead. If you like to play a few games after work or uni – go ahead. But sitting in front of a screen for most of your day isn’t going to benefit your life positively and that’s just a fact. And it’s the sort of thing Rogan would say on his podcast because much of his podcast is about self-improvement. I play video games too sometimes but that’s just to zone out – I know that it’s a complete waste of my time. It’s not like he’s calling for video games to be banned or anything, so chill, gamers!

Anyway, can’t wait to get my hands on Cyberpunk 2077 drops in a few months. That game is looking seriously good.