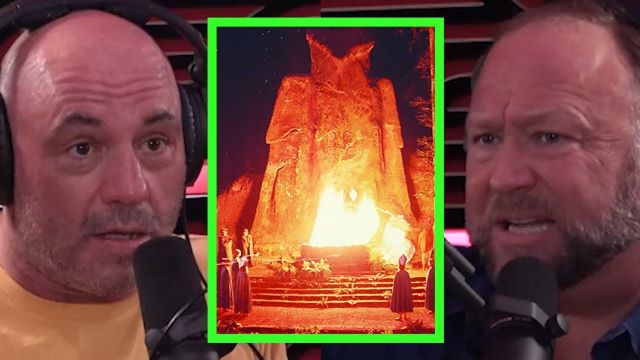 Weeks after Spotify employees threatened to go on strike unless certain episodes of The Joe Rogan Experience were removed from the platform, it seems Rogan has decided to show them who’s boss by inviting back one of his most controversial guests ever – Infowars founder Alex Jones.

Interestingly, older JRE episodes featuring Alex Jones have not been uploaded onto Spotify, so it will be interesting to see how they handle this one. Either way, here are some clips and some of the reaction online:

Hey @Spotify. I just cancelled my Premium account. If you’d ever like my money back, can it with this shit. https://t.co/B9SlG9WELv

I’ve been a @Spotify user since Rdio went the way of the Buffalo, and @replyall is one of my fave podcasts. But I don’t want to give money to people that finance this BS. https://t.co/qk5Q5bWgtp

Hey @spotify, before I cancel my account with you anything to say regarding this? Does seeking audience numbers justify this? Very disappointing. https://t.co/dJ48aWpb8m

I really don’t want to cancel my Spotify subscription, but like, this is literally an attack vector for misinformation. https://t.co/FpZScEwmWr

Joe Rogan again gives a voice and platform to dangerous nonsense and egregiously uncritical thinking. If you’re a fan, give this episode a pass. Do better Joe. pic.twitter.com/8OdhxYL6iv

I actually caught the first half hour of this when it went up on YouTube yesterday, and from what I saw Rogan and his assistant Jamie were being very careful to fact-check every single thing Alex Jones was saying, calling him out when he said something inaccurate and acknowledging when he got something right. Which is the way it should be, right? As opposed to banning/deplatforming someone which could make it seem as though they have information that the “elites” don’t want you to get hold of. Better to have them say what they want to say on a public forum, and it can then be dissected so that the truth can eventually rise to the top.

Not an anti-vaxxer by any means (quite the opposite), but even WHO and the UN have reported polio outbreaks due to dodgy vaccines: 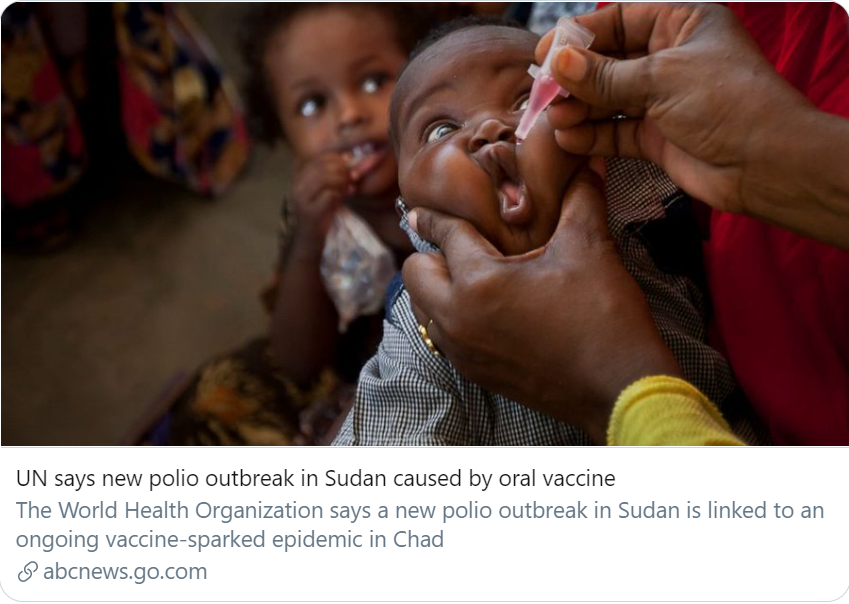 The problem is of course that Alex Jones has a habit of taking tiny bits of real data and extrapolating entire conspiracy theories out of them, but if he’s being called out on his bullshit at the same time so that we can filter through the nuggets of truth, then that’s OK in my book.

After all, it turned out he was right about Jeffrey Epstein and his paedophile island, when people were calling him crazy all those years ago. Sure he might be wrong about more things than he’s right about, but how will we ever know unless we allow the man a platform to share his views?

Anyway, others were happy to see Rogan do his thing and not cow to the mob:

.@joerogan flexing on Spotify employees and letting them know who’s in charge (for now) pic.twitter.com/gMlKDDr0O5

Much respect to Joe Rogan for having Alex Jones back on.

Eventually we need to reclaim free speech on all social networks or leave these authoritarian sneaks in the dust.

You can catch the full episode below:

Wonder what the Spotify CEO makes of all this? Last month he defended keeping a bunch of ‘transphobic’ episodes online after a number of employees complained. As long as Rogan keeps raking in $$$, I doubt he’ll be too bothered.