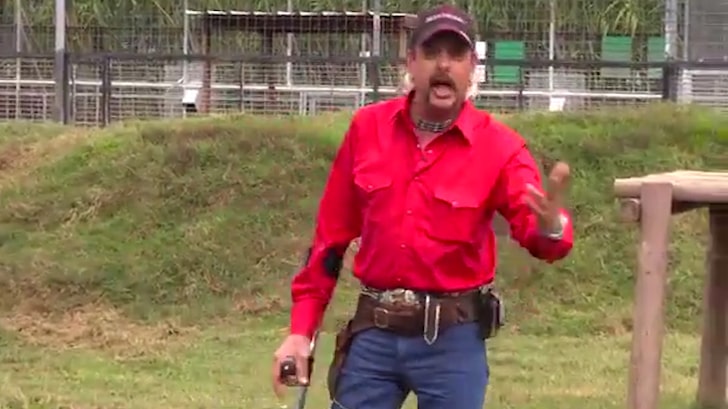 Some old footage from 2015 has surfaced which shows Joe Exotic seriously pissed off about the fact that he can’t say the N word.

Not the greatest look in the world for the #1 star of the quarantine era:

Ummm so I found this earlier today… pic.twitter.com/gd3kBsq6d0

At first this was a little bit surprising to see, but then I realised it really isn’t. I mean we’re talking about a gay American redneck who shoots guns at people, abuses animals, shags drug addicts after getting them meth’d up and convincing them they’re gay, and hires hitmen to murder people. He might be entertaining and hilarious but at the end of the day he’s a pretty scummy person.

So yeah, Joe Exotic holding the opinion that “if black people can say the N word, then why can’t I?” is probably the least shocking thing I’ve ever heard. Wonder if Cardi B still wants to start that fundraiser for him?

For the Twitter thread exposing loads more crazy information about the Tiger King, click HERE. The world can’t get enough of it.