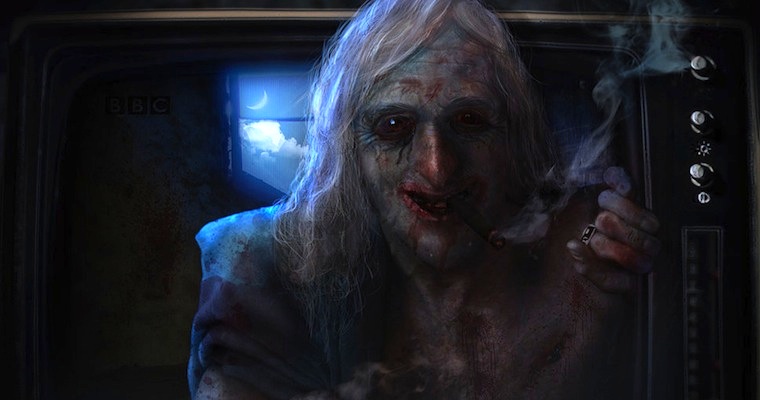 Seriously. Fvck Scouting For Girls and fvck you.

Have you ever heard of the popular idiom, ‘Women, can’t live with ’em, can’t live without ’em.’ I think it’s to do with the fairer sex, but it may be to do with men. Either way, it works because since I’ve moved in with my girlfriend, I’ve realised that she’s a mega-cunt for leaving drawers open all the round house.

Now, you may think that I’m an obsessive pedant, and you’d be correct. On the positive side of this, to counteract her inability to shut things, I’ve taken to ejaculating in said drawers until she learns to control this bad habit. It’s like a spunky-conditioning, which is something I also do to make my hair shiny. This all works nicely when it’s her underwear draw, as it’s easy get all excited and to spaff in bras and skimpy floral thongs, but it’s a fvcking nightmare in the cutlery draw. The only upside of the latter is that I can be big spoon after I’ve done the deed. Anyway, I’m spending hours washing knives and forks, when I could be enjoying washing more tiny little pairs of pants and bras. As in my girlfriend’s and not our imaginary children. I’m not allowing myself to have children until I stop unloading my yoghurt shotgun into drawers around the house. It’s just plain weird but it’s not plain yoghurt, because one day I tasted it, and it tasted like tofu quiche.

It seems like the nation is obsessed with the man. He’s apparently been fvcking corpses and is also allegedly involved with the Yorkshire Ripper – Peter Sutcliffe. Yorkshire haven’t had a ripper like him, but I’ve strong hopes for Adil Rashid next season. Ebay was flooded with Savile Halloween tracksuits, your mum knows at least three coarse Savile jokes, and everyone seems to have forgotten that he has been fvcking children. HE WAS PUTTING HIS COCK IN CHILDREN FOR YEARS. Think about that next time you make that shit Jeremy Beadle joke in the pub, you cunt. Now, I don’t necessarily care that much, I just wanted to fvck with you. See there’s a difference in the weirdness of my penchant for dropping my load in drawers and Savile dropping his into kids. Imagine being one of those kids, and finding that fucked up mulleted cunt fvcking you, whilst smoking a huge cigar and telling you how long he’d hosted Top Of The Pops for. Look what happened to TOTP cunt, it fvcking died just like you did. I seriously hope they catch Noel Edmonds and Jim Davidson too. In fact, I’ll finally admit it. DEAR POLICE, JIM DAVIDSON FUCKED ME WHEN I WENT ON BIG BREAK AS A CHILD SNOOKER PRODIGY BACK IN 1992. I THOUGHT IT WAS GONNA BE MY BIG BREAK IN SNOOKER BUT THE ONLY BIG BREAK WAS IN MY ANUS, WHEN HE SUNK THE PINK IN THE BROWN.

Back to now then. Jimmy Savile looked like a fvcking zombie when he was alive but imagine you’re asleep and you wake up to find the zombie Savile fvcking your ear. His albino twiglet is tickling your cerebellum, he’s scraping his talons down your back, and it’s making a noise like the typical blackboard in a classroom, which coincidentally was the last place he had sex. His dick is drilling your willing and he’s making noises that can only be compared to a thousand foxes being trampled by a thousand horses – mid-orgy. The air is dense with the worst sounds known to man or woman, and your woman has left all the drawers open. He then takes out his pink matchstick from your ear, you’re dazed and confused, and he then fills the open draw of your bed side table with his dusty front-gravy. YOU’RE INCENSED. THE ZOMBIE JIMMY SAVILE, THE MAN WHO FUCKED ALL THOSE INNOCENT KIDS, TABLOID SENSATION, CHARITY FUNDRAISER AND TRACKSUIT PHILANTHROPIST HAS COME BACK TO LIFE, SKULL-FUCKED YOU AND HAS THEN CUM ALL OVER YOUR iPHONE 5 THAT WAS IN YOUR BEDSIDE DRAW. TO CAP THIS OFF, YOUR VODAFONE INSURANCE IS INVALID BECAUSE THEY DON’T INSURE AGAINST ZOMBIE-PAEDOPHILE DUSTY FRONT-GRAVY DAMAGE. 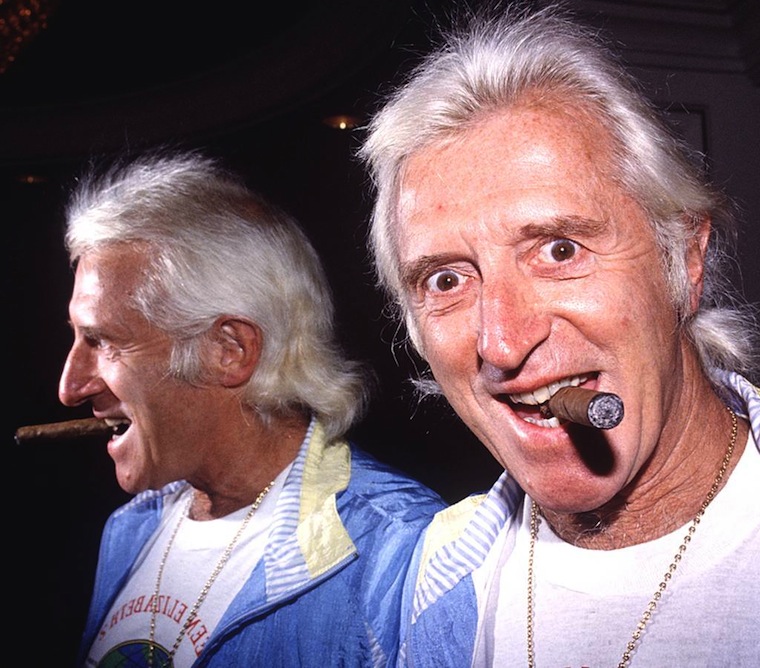 The scenario is one of the worst imaginable, although I would rather all this happened to me than have to ever listen to Scouting For Girls. Man, have you ever heard that band? Let’s start with the name, ‘Scouting For Girls.’ I hate to say it but ‘scouting’ means looking for, or in this case, ‘acting like the victim of pedophiles.’ Scouts get fucked all day long at jamborees  by paedos, like Jimmy Savile. So the name roughly translated means ‘acting like the victims of pedophiles so I can fvck girls.’ Unfortunately this is where the excitement ends. I’m 569% sure that Scouting For Girls are all still virgins. Not that I’ve ever seen the cunts. Has anyone? Too busy cracking open the Cinzano on the tour bus, whilst rimming each other with orange Matchmakers. They seem to stay out of the visual limelight because I can imagine their features to look like that of a forcibly raped ear. If I did see them, I’d be happy to cave their skulls in with my cricket bat or even Adil Rashid’s. It’s true that of course you can turn the radio off BUT you can’t go ten minutes without some cunt singing/ playing “SHE’S SO LOVELY, SHE’S SO LOVELY.” Life tip: If you tell a girl that they’re lovely, then they’re never gonna fvck you. Pies are ‘lovely.’ Putting on a clean pair of warm socks that have been nestling in an airing cupboard after going for a country walk and getting your feet wet is ‘lovely.’ Waking up on a snowy Christmas Day to be surrounded by loved ones is ‘lovely.’ Describing a girl as lovely is something your gran’s gran would’ve said just after the turn of the century. Fvck you S4G, there’s nothing lovely about that lackadaisical lyric.

There’s worse to come though, perhaps the WORST EVER LYRIC committed to the world of music. Get ready. Here we go. “And I’m a little bit lost without you, and I’m a bloody big mess inside.” Just writing that, made me vomit all over my cock. The first half is standard emo-fare, shit but partly-acceptable. The second bit makes me want to punch a cute cat on Instagram. “I’M A BLOODY BIG MESS INSIDE” – what the actual fvck? Thought process: ‘Awww, I’m really upset coz my fat girlfriend left me and is fingering herself whilst watching Paddy McGuinness on Take Me Out, so I’m gonna write a song to vent my emotions. This lyric will do.’ I know it’s pop music but c’mon cunts. Don’t do this to humanity; it’s wetter than my cutlery draw.

WAIT A SECOND. HOLD ON A GODDAMN MOTHERFUCKING MUSICAL MINUTE. What if they were actually insinuating in their lyrics that the zombie-Savile was coming to get us all, and the lyrics were all about that. They’re lost because he died, and they (like every other cunt) thought he was a great man but watch out he’s gonna fvck you in the ear, until you’re literally a bloody big mess inside. SCOUTING FOR GIRLS ARE PROPHETS SENT FROM THE FUTURE TO STOP US BEING OVERRUN BY DEAD ZOMBIE PEDOPHILES. You heard it here first. So I’m gonna sum this all up now. DEAR PEOPLE, please make sure you keep all your drawers shut, because some people don’t like them open, and it’ll make them sexually angry. This’ll lead them onto stronger feelings of compulsive angst, which will develop into pedophilia, and then after years of abuse and finally death, they’ll up end up skull-fvcking everyone to create a undead apocalyptic master-race and the only people that will survive are the cunts in Scouting For Girls, and that’ll only be because they will have made enough money from their repetitive shitty-ditty pop, to chemically rid their bodies of the zombie-gene. The circle of repetitive shit will then be unbroken for the rest of time, with S4G’s music paying homage to this with it’s monotone hooks. My immediate advice is to make sure that all the drawers in all your houses are always kept closed. Maybe don’t even use them? Ducktape them shut for ever. If you know my girlfriend, then please tell her too. I’m off to fvck the hoover.

â˜› Read Next: Dressing Gowns Are For Cunts