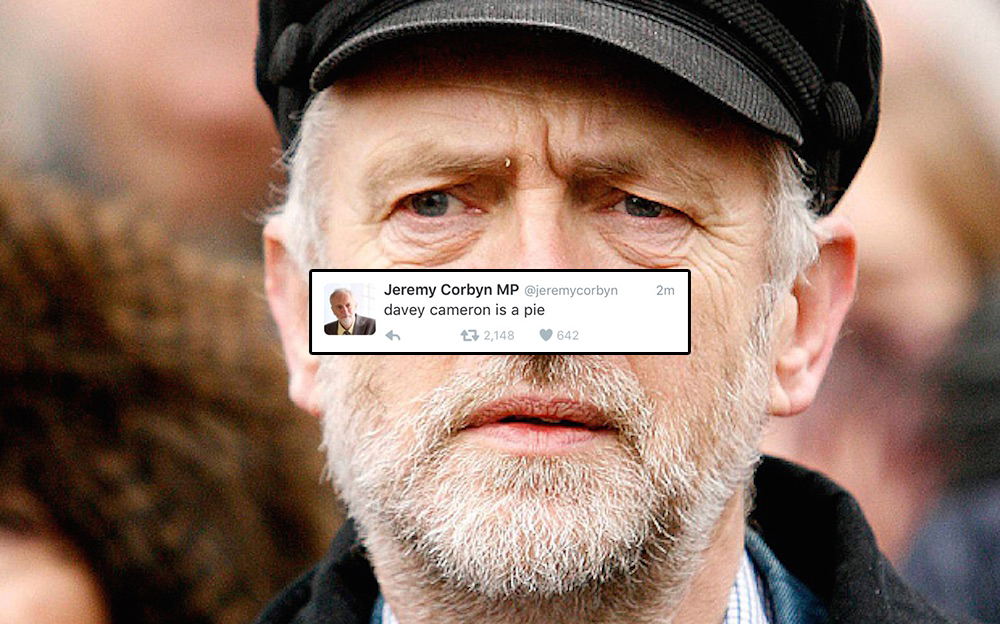 ‘Davey Cameron is a pie.’

If you’re a political leader, then one of the last thing that you want to happen is that you get one of your social media accounts hacked, because chances are whoever managed to hack it isn’t exactly going to have the best of intentions.

Fortunately (?) for Jeremy Corbyn last night, the offender only had enough time to post four pretty stupid tweets before his team managed to regain control of it, but still it doesn’t exactly endear him to the people who are thinking about voting for him to rule the country. I mean how is he going to take care of Great Britain if he can’t take care of his own Twitter account?

The hacker gained control of Corbyn’s account at about 9pm last night and posted the following tweets: 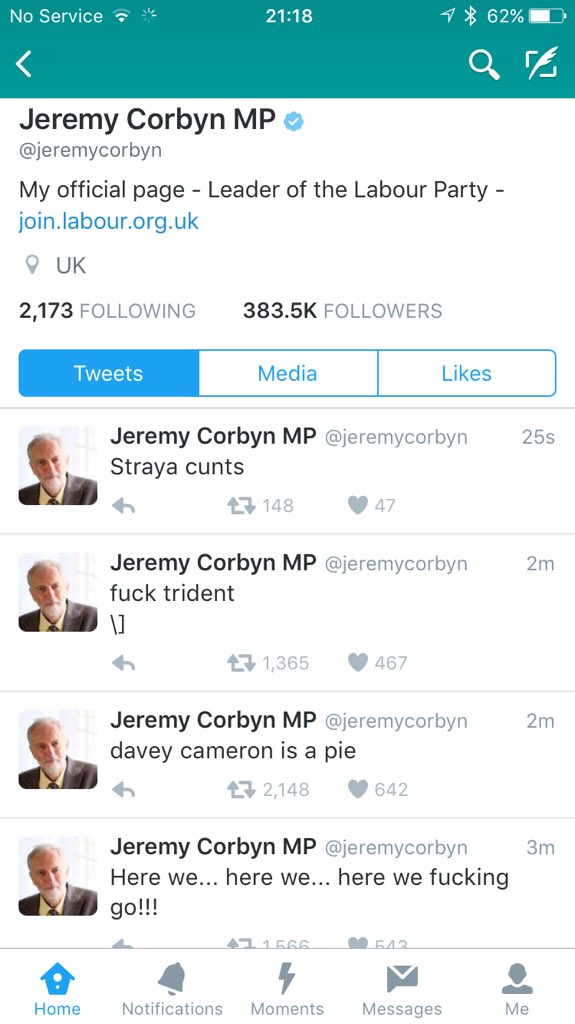 Yeah, pretty funny huh? A spokesman confirmed that Corbyn had been hacked and they had regained control of the situation.

Imagine if you had control of Corbyn’s Twitter account and could get 340,000 people (kinda lower than I expected to be honest) to hear anything you had to say? What would you do? Yeah, exactly, I would probably go down the same route that guy went down as well.

It’s a shame Corby won’t be able to get the hacker to make a full page apology on Twitter, like he recently forced The Sun to do.