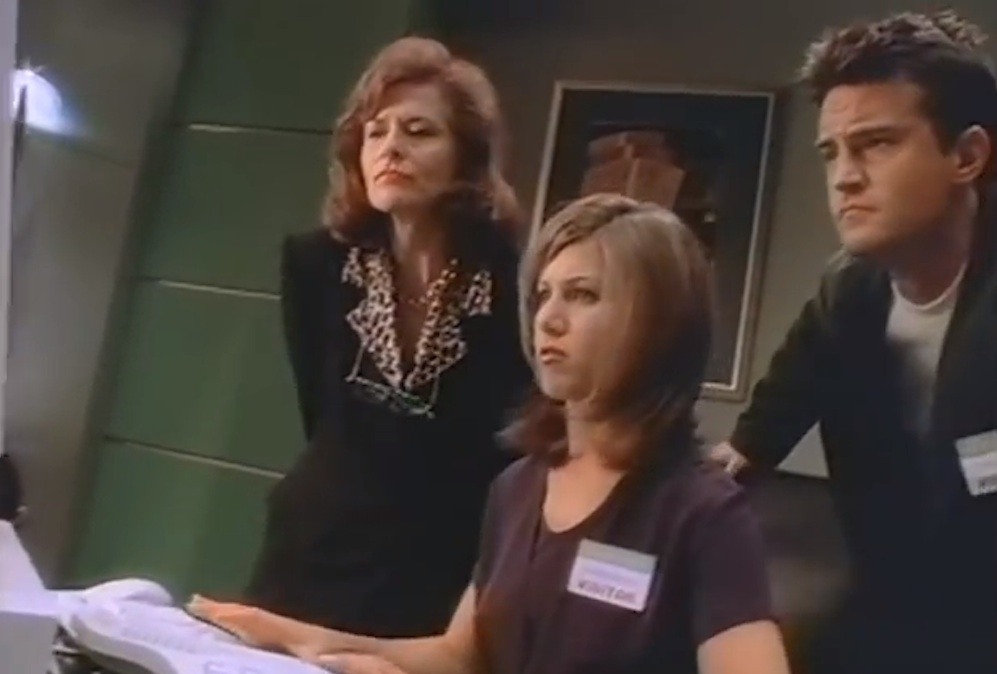 Somehow Microsoft convinced two of the biggest comedy stars of the time to star in the promo video for Windows 95.

Depressingly, Windows 95 is now 20 years old which is probably going to make any of us who can remember it feel really, really old.

However, it’s perhaps not quite as depressing as the fact that Microsoft somehow roped Jennifer Aniston and Matthew Perry – remember Friends had just started that year – into appearing in an almost one hour long cyber sitcom which explained its operating features and why it was going to revolutionise the world.

To be fair to Microsoft, it did do exactly that but on the flip side of that this video is truly terrible, as the two Friends characters walk around Microsoft headquarters exchanging really awful jokes and soundbites with characters like ‘Joystick Johnny’ and Bill Gates himself. This is all accompanied by really bad guitar licks whenever a joke is cracked which makes you think that the jokes and the guitar licks in Friends were actually really good.

I don’t know if I could actually recommend watching this for an hour with a straight face, but maybe just skip forward to random sections of it when you’re baked for some lolz every now and again. It really is something else seeing how adverts were created 20 years ago and also how far technology has developed in the past 20 years that something like Windows 95 was once considered revolutionary.

If you liked that then check out the top 10 90s TV babes of the decade to remember some stuff about that time that was ACTUALLY really good.