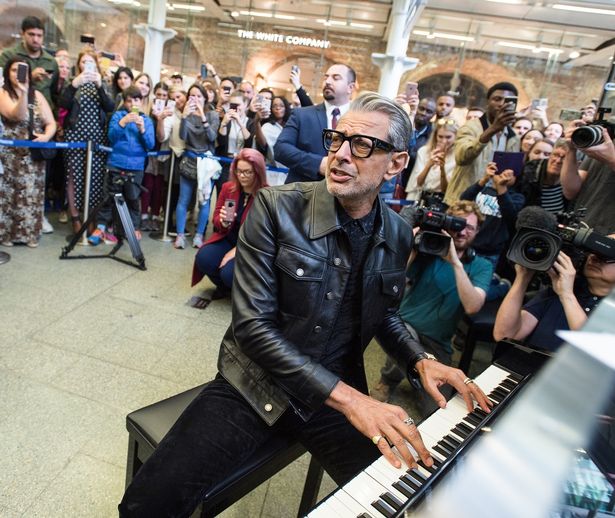 Jeff Goldblum is one of those rare commodities – somebody that is almost universally liked by everyone in the world – so it makes sense that he would try and capitalise on his popularity by branching out into all manner of different ventures.

The latest of these is a a classical jazz album entitled The Capital Studios Sessions which is set to be released soon. Apparently Jeff is a jazz fanatic and an exceptional pianist and he wanted to transmit his love for this via the release of a new album. Who would have thought?

In case you don’t actually believe that this iis true though, Jeff has decided to promo the record by turning up at the piano in King’s Cross station and regaling passersby with his talent. And yeah, he really is that good – get a load of this video:

Ok os it did sound like he kinda messed up a bit there on a couple of things, but it also looked like he was kinda messing around and just entertaining the crowd for lolz and bants. Still sounded like he had some serious chops.

Jazz isn’t really my bag so I doubt I’ll be picking up his record just for the novelty. Fairly sure thousands of other people won’t be following my lead and it’ll probably end up at Christmas number one or something though.

For more Jeff Goldblum, here’s a massive statue of him that was recently erected in London. Dumb.