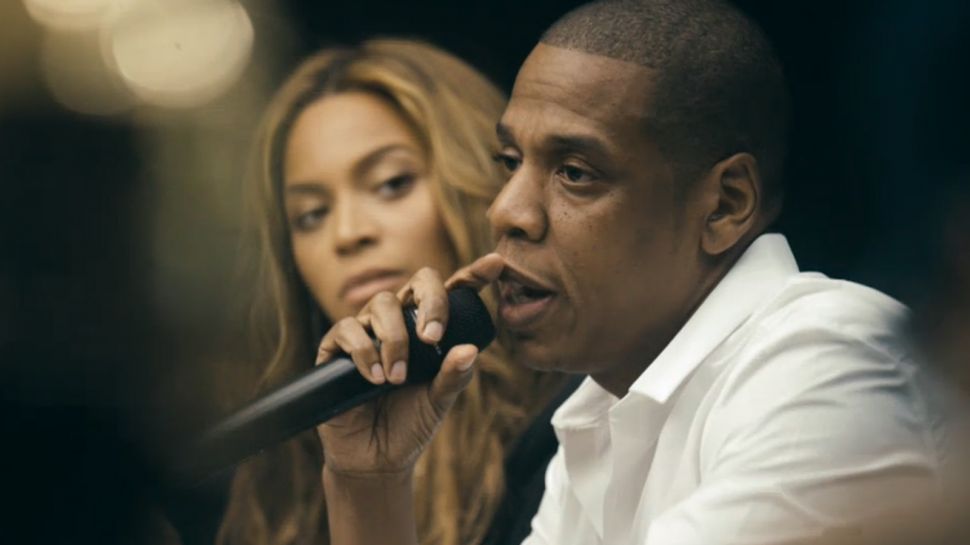 A real game changer for the music streaming scene.

Something strange is happening on the Internet. Last night some of the biggest names in the music industry made a surprise announcement that they are joint owners of a revolutionary new streaming platform called Tidal, which was made instantly available. Jay Z, who acquired the company last October and appears to be leading the campaign, streamed the announcement live from an event in New York. Nothing strange there you say, but it’s the manner in which this happened that feels odd. The first wave (ahem) of Tidal promotion is happening at such a high profile and being carried out with such a sense of enigma and grandeur that it feels more akin to the launch of a new Cult or Religion than just a music platform.

At around 11:30pm GMT, the owners in question (including Jay Z, Jack White, Daft Punk, Madonna, Beyonce, Kanye West, Rihanna, Coldplay’s Chris Martin, Calvin Harris, Alicia Keys & Nicky Minaj) all changed their profile pictures and cover photos at the same moment, or I should say, their employees did, as they were all attending the launch conference at the time. The majority opted for the black banner carrying the Tidal logo, though some have simply gone for a certain shade of neon turquoise apparently representing the brand.  The status updates were accompanied by a teaser video and quotes from the stars themselves repeating how “historic” both the launch event and the platform itself were, accompanied by the hashtag #TIDALforALL which, at the time of writing is the top hashtag trending in the UK. Kanye West is caught in the teaser calling the launch “the beginning of the new world” in a rhetoric of restraint and understatement which is quickly becoming his trademark, and Madonna calls it a “great movement” that is about “bringing humanity back to being an artist”.

Tidal claims to be different from Spotify by streaming music videos and by being artist owned, no doubt with exclusive material offered by the owners. However it offers no advert supported free membership option – only basic ($9.99) and premium ($19.99) tiers. It also has 3 million less songs than Spotify. And yet, utilising the proven ‘beats by Dre’ model of star power is already proving to have worked for them: apparently Tidal has already made $15 million from subscriptions. But the combination of enigmatic use of colour, repetition of grandiose language, and syncopated updates makes it feel like the Tidal 16 have been brainwashed, or worse, replaced by Zombie aliens like in They Live.

Also the artist-supporting ethos of the brand seems to already have been cast into doubt as producer and Bjork collaborator Haxan Cloak expressed anger at Tidal using material from his 2013 LP excavation in their promotions, in a tweet which he has since removed.

Watch the Tidal promo video below: