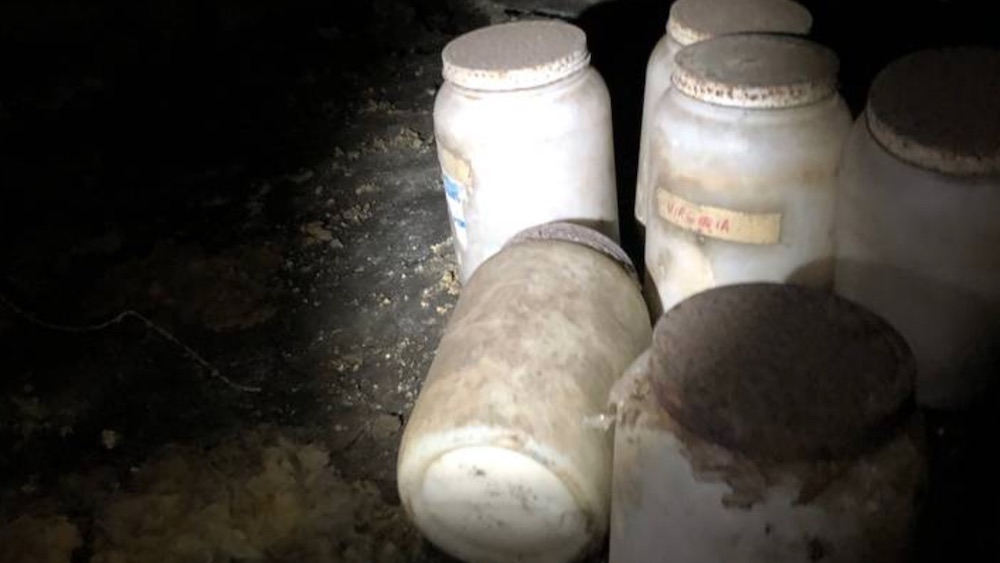 Normally when I write a story about something going down in Florida it revolves around someone being off their face on meth or something, but this one is a bit more macabre – still a classic Florida story though.

We’re over in Gainesville, Florida for this one where a home inspection yielded a bunch of jars labelled with dates and names in the crawl space that apparently hold about a gallon of human remains.  Most of these appear to be the remains of human tongues that were allegedly left there back in the 1970s by  Dr Ronald Baughman, who says he intended to use the specimens from dead bodies for research, but forgot and that’s why they rotted in the crawlspace. Icky.

The police are fairly happy with this story and don’t think any foul play is going on. Here’s a news story about it and a statement from Gainesville Police Department spokesperson Jorge Campos:

We’ve got no indication that they were trying to hide anything from us or be deceptive about anything.

They’ve been forthcoming from the get-go.

That’s why in our preliminary investigation we don’t think we have anything criminal, we just need to verify everything.

Obviously – especially with this going down in Florida – everyone probably thought that this was some sort of weird serial killer who collected his victims tongues and stored them under his house like in that movie ‘Kiss The Girls’ or something, so it’s good to know that isn’t the case. Still real creepy though. Imagine crawling through that weird space under the house and finding a jar full of tongues underneath it.

For more of the same, check out the 10 most messed up serial killer trophies. So grim.