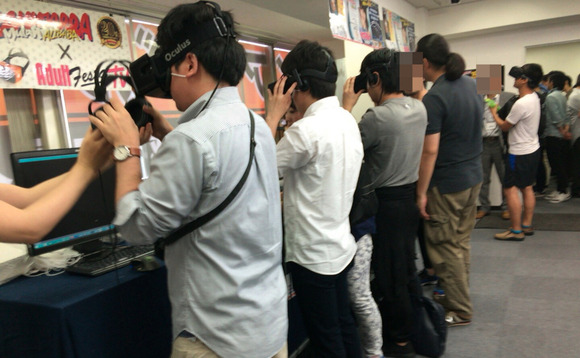 Here’s what a Japanese reporter said about the event:

The event didn’t start until 2pm, so I went there in high spirits an hour before then, but the city was already overflowing with people. There were so many that it was almost impossible to keep the situation under control.

While waiting for my friends, I couldn’t help but think that if they couldn’t control the mass of people, a riot or something similar could happen. The 20 lucky guys closest to the building were let in by the staff. I’m sure there was a line inside the building that rivalled the one outside. 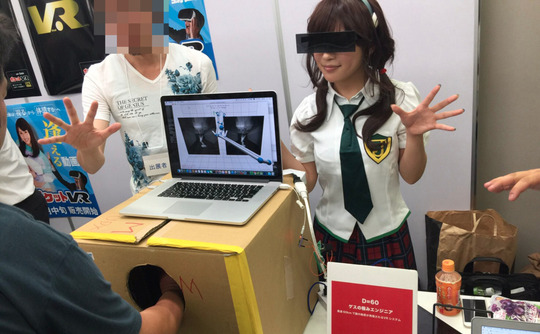 Wow – he sounds a bit butthurt about the fact he couldn’t get in huh? Anyway, those 20 guys got to sample some of the ridiculous new VR attractions at the festival whilst the reporter and hundreds of other people just got to walk around the town crying about the fact they missed out. Unlucky.

There’s also the device you can see below, which is surely going to jerk you off whilst someone in VR does it as well. I doubt it’s going to be that gentle though from how unforgiving it looks there. I don’t think I would want that to jerk me off if I got the option, but who knows. 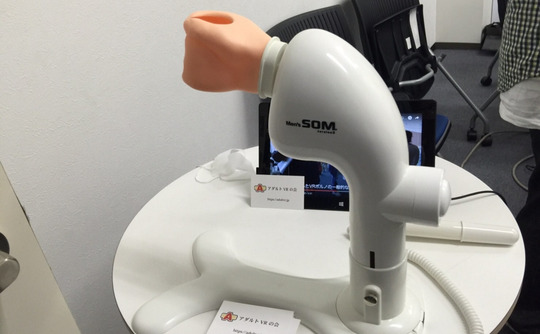