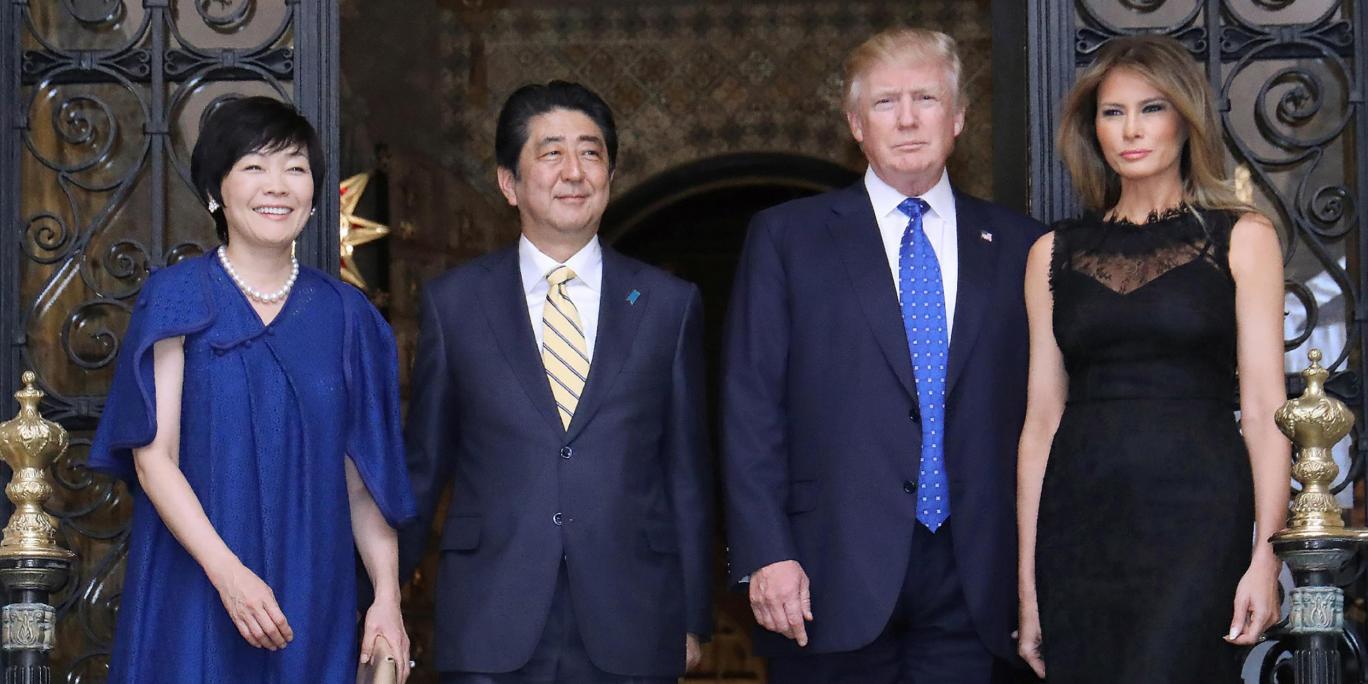 Hats off to this woman.

It’s fair to say that Donald Trump isn’t everyone in the world’s favourite person right now, but if you found yourself seated next to him at a dinner party, then I doubt that you could get away with pretending not to speak English for two hours to avoid speaking to him.

But then I suppose that most of us aren’t the wife of the Japanese Prime Minister, a woman named Akie Abe. In a recent interview published in the New York Times, Trump recounts the time he sat next to her at a G20 dinner party and she couldn’t communicate with him:

Trump: So, I was seated next to the wife of Prime Minister Abe, who I think is a terrific guy, and she’s a terrific woman, but doesn’t speak English.

Haberman: That must make for an awkward seating.

Trump: Well, it’s hard, because you know, you’re sitting there for——

Trump: So the dinner was probably an hour and 45 minutes.

Sounds pretty awkward right, fair enough. Only the thing is that it’s probably going to be even more awkward when you find out that Abe was only pretending she couldn’t speak English, as illustrated in this video of her giving a Keynote address at the High-Level Symposium on Coastal Resilience:

Lol. Obviously we can’t know for sure if Abe actually did this – for all we know Trump might have got her confused with some other Japanese woman or maybe just completely fabricated the whole story. You wouldn’t put either past him – but it is great to think that she actually did that. It probably is true as well, because really who wants to spend an hour and 45 minutes talking to one of the most detestable men on the planet?

For more Trump, here are 7 weird conspiracies about him. Messed up.