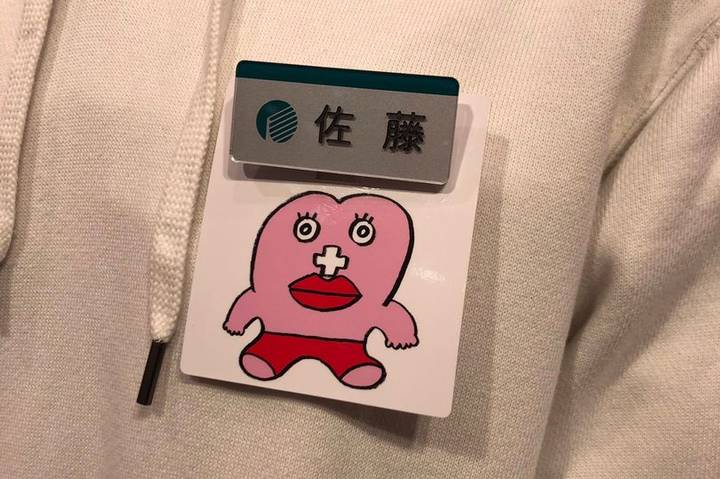 They indicate when female employees are menstruating.

It’s fair to say that I’ve never had a period and I’ve never experienced what it’s like and I don’t really have any perspective on the situation other than how I’ve seen it played out in my friends and girlfriends, but even so I’m pretty shocked that a company in Japan is asking their employees to display ‘period badges’ to indicate when they’re menstruating.

However, it does kinda make a bit more sense when you realise that the store in question – Michi Kake in Osake – is actually in the business of selling female sexual health products and they’re actually encouraging employees to wear the badge to break Japanese stigma about periods. Shop owner Takahiro Imazu explains:

In Japan, there is a tendency for women’s sexuality and periods to be subjects ‘not to be mentioned.

Not all customers will react positively to [this shop], but the fem tech boom is growing, and the values of young people are changing with it.

I might be going a little far in saying this, but I am excited for it to become a shop for solutions for women’s sensitive needs, and to be an asset to the marketplace.

OK so I’m obviously a man so I’m not really qualified to talk about this subject, but but after Takahiro explained the context of it I think that maybe it makes a little bit more sense. Still not really sure it’s the right thing they should be doing , but it sounds like it might be at least helping the conversation over in Japan where it appears to be non existent.

And most importantly her heart and intentions are definitely in the right place and she’s not just some asshole boss trying to victimise his employees for their bodies, which I’m sure is probably what most people thought when they read the headline.

Like I said though it’s not really my place to say, I’m sure some women will have more well informed opinions about it than me and I hope they do let us and the Michi Kae store know what they think about it.