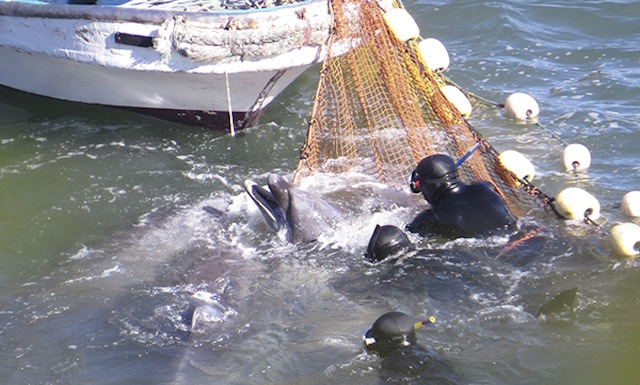 The dolphin situation in Japan is a huge debate but one thingâ€™s for sure â€“ the photos that have emerged from this yearâ€™s dolphin slaughters are pretty horrific.

Japan’s favourite national pastime is underway for another year — turning the seas red with dolphin blood.

In the UK last year we mourned the death of a baby dolphin that somehow ended up dead in the River Thames, and we all got mega depressed about it for like a week, but the Japanese wouldn’t have given two shits.

They don’t care that the world judges the shit out of them for hunting dolphins either – as far as they’re concerned they’re just going fishing. After all what are we asking of them exactly, that they just kill millions of cows and chickens instead like the rest of us?

It’s a huge debate but one thing’s for sure — the photos that have emerged from this year’s dolphin slaughters thus far are pretty horrific. 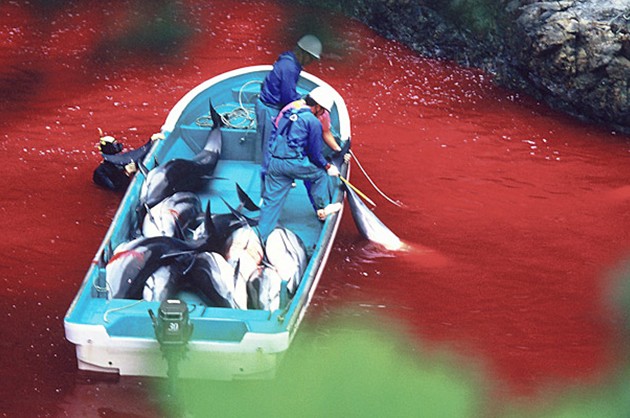 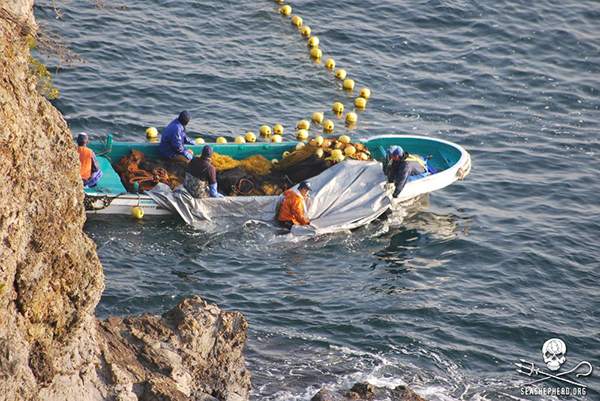 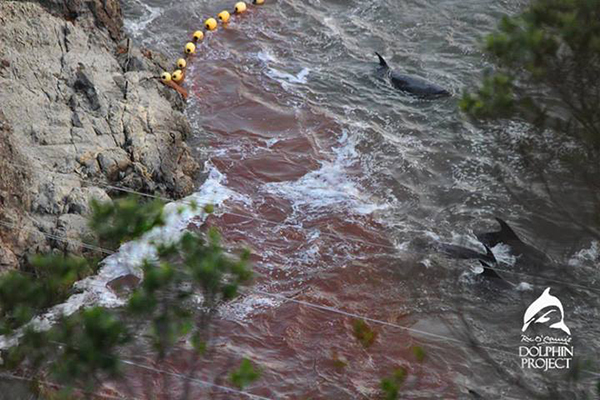 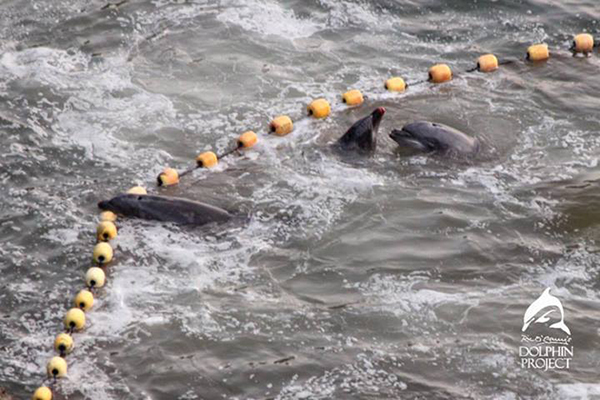 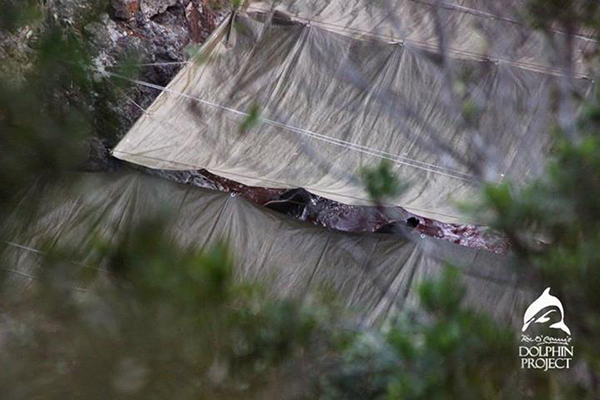 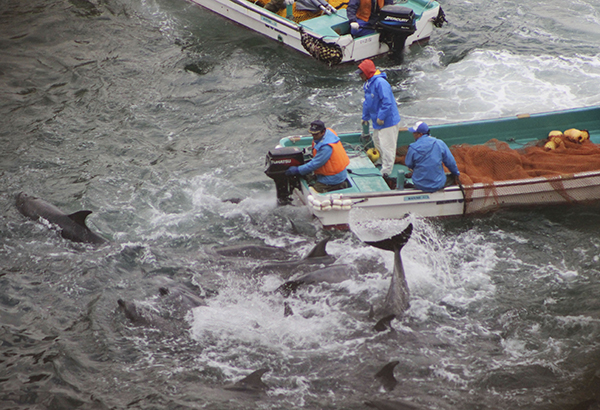 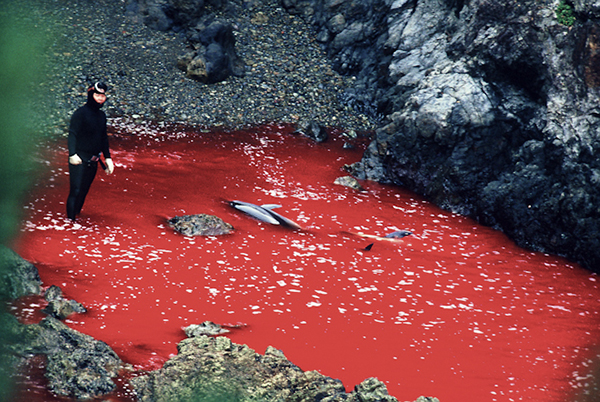 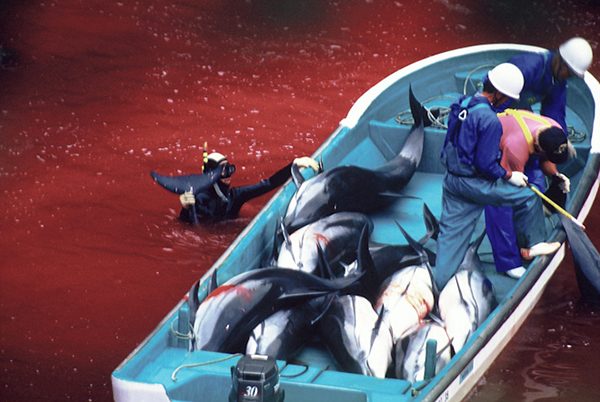 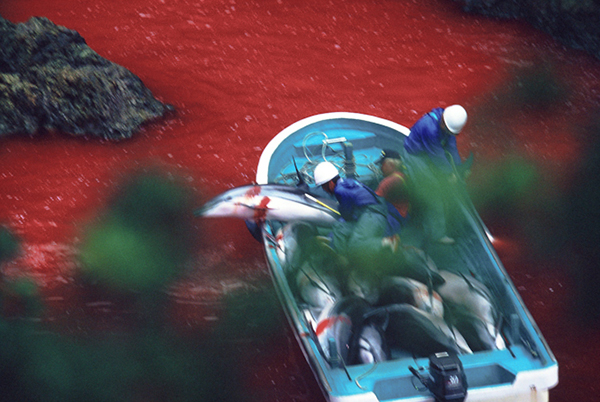