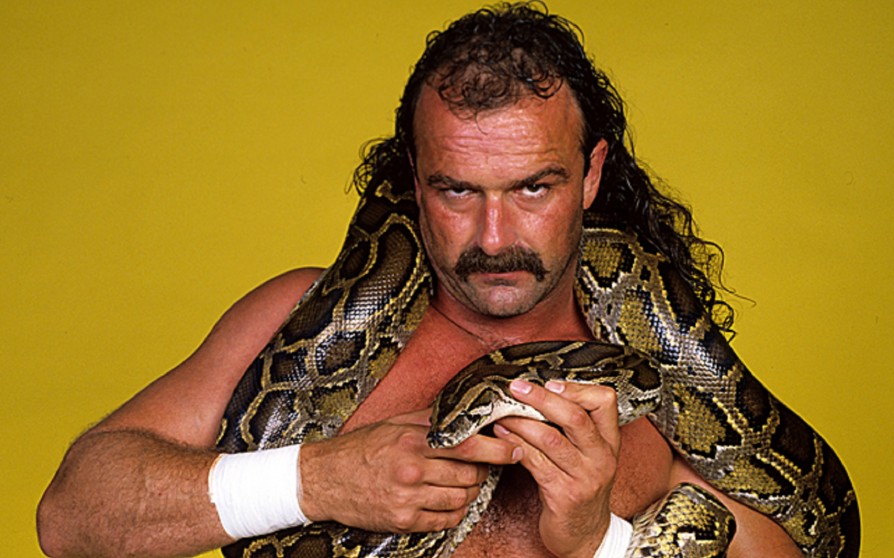 Remember Jake The Snake from 90s WWF? He wasn’t really that amazing in the ring but he was absolutely captivating on the microphone. That was 20+ years ago though, and let’s just say this recent attempt at cutting a promo from his bedroom doesn’t really do his old work justice.

In fact the dude seems to have lost the plot a little bit, which I guess has something to do with years of nursing injuries and dealing with an alcohol and drug problem.

Be warned, if you were a Jake fan back in the day, this will utterly depress you.

Garlic-flavoured condoms? A gum job? Is he saying he wants to have sex with Bray Wyatt? I can’t believe this is Jake the fucking Snake.

No idea what it’s all about to be honest but I hope it’s just some perverse attempt at being funny rather than an indication that Jake has lost his marbles. Surely he’s got enough left in the tank to bring the python out to the ring one last time? Yeah maybe not.

Check out our rundown of the 6 greatest pro wrestling villains in history HERE.