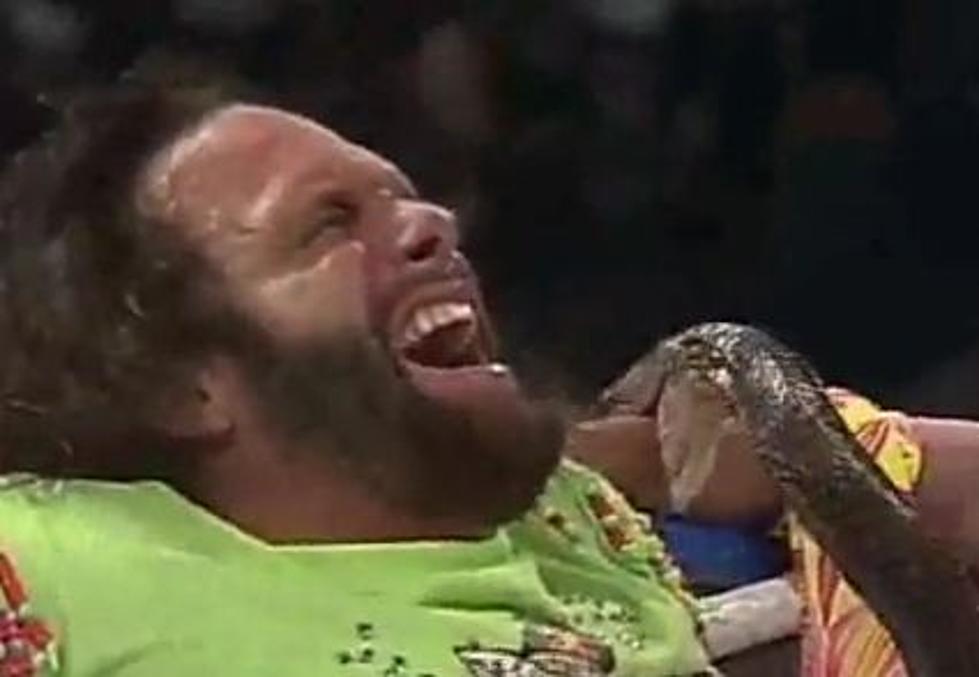 One of the most iconic and NSFL moments in wrestling history.

The inventor of the DDT Jake ‘The Snake’ Roberts was one of the most feared wrestlers of the 80s and 90s, mainly because he carried a massive King Cobra to the ring with him every night and would let it slither around the ring and freak out his opponents.

His best use of the cobra though came during his bloody feud with Macho Man Randy Savage. Jake hated Savage so much that one night he tangled him up in the ring ropes, released the snake from his sack, and let him sink his teeth right into Macho Man’s arm on live TV.

Gnarly stuff. I’m 100% sure they wouldn’t get away with doing that on TV nowadays, and remember this was before the Attitude Era of the late 90s/early 2000s so it must have been a hell of a moment for all the little kids and families watching. Wrestling was so much better back then eh?

Shocker of the century – Jake the Snake is still alive and well and talked about this historic moment on Joe Rogan’s podcast not that long ago. Worth a listen:

Bit of a mentalist ain’t he?