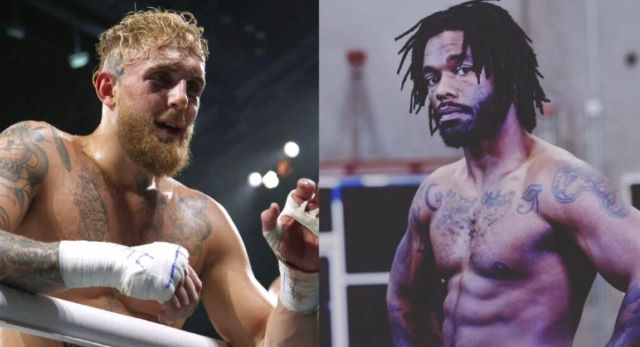 Rahman is actually a much tougher fight than Fury, with over 100+ amateur fights under his belt and a 12-1 professional record. Although, like Fury, he’s fought a lot of tomato cans: 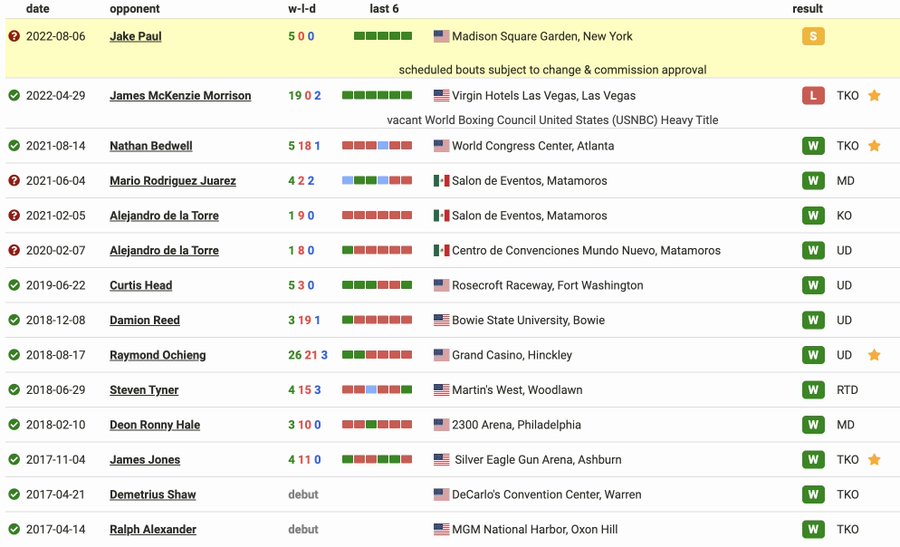 As you can see, the moment he fought someone with an impressive record, he got TKO’d. Still, he’ll be the first proper boxer Jake Paul has ever fought, and he’s got a point to prove given who his dad is. It appears he also has a bone to pick personally with Jake, having been disrespected by him during a sparring session 18 months ago and almost coming to blows. Here’s the footage:

Apparently these sparring sessions aren’t quite ‘spars’ so much as boxers being recruited to be punching bags for Jake Paul, so he can practice his combos and whatnot while being trained up. Well it seems Jake was taking liberties and/or being cocky after the session, which Rahman did not appreciate at all. Rahman seems to be reminding Jake that he’s there specifically to take punches and not hurt him, which we can see was the case in the clip below where’s he’s just covering up and not fighting back:

At least now, Jake Paul certainly seems to be treating him with more respect than he does Tommy Fury (understandable):

August 6 I’m showing the world that Jake Paul is a bad mother fucker.

The best part is that Rahman is actually up for this and so won’t be pulling out Tommy Fury-style at the last second. All the pressure is on Jake Paul to sell this fight since no one knows who Rahman is so if he manages to do that and beat the guy then that will be impressive for sure. Should be a decent fight come August 6th.

To watch a female boxer batter a guy for pouring a pint over her head after she rejected him, click HERE.