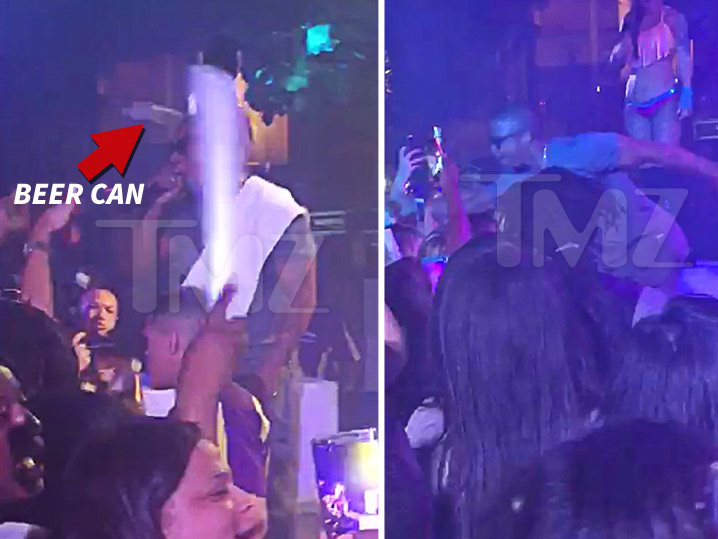 He offered $1000 to whoever could point out the culprit.

The fact Ja Rule is still out there doing concerts is a news story in itself, but I guess that’s why he’s out there performing in front of crowds who will throw beer cans at his head like it’s nothing.

Ja was performing at Harrah’s Pool After Dark in Atlantic City this week and was four songs in when he got clocked on the head.

He immediately offered a $1000 reward to whoever pointed out the culprit, and – surprise surprise – it worked:

I guess that’s what happens when 50 Cent takes a giant shit on you in front of the whole world, albeit 10-15 years ago now. Everyone stopped taking Ja Rule seriously all because 50 Cent made it uncool to like him. Now it’s 2016 and he’s getting beers bounced off his head mid-concert. Fame is a fickle mistress indeed.