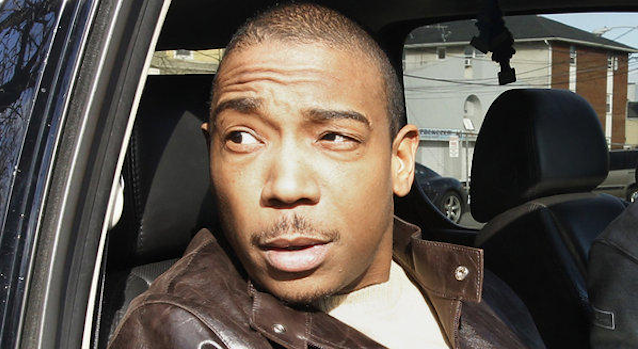 In one of the dumber stories we’ve posted, it was alleged that Ja Rule’s wife had stated that the rapper had left her for his prison cellmate who had become his personal trainer since getting out of the slammer.

The website Cream Bmp Daily (what the hell kind of a name for a website is that? It doesn’t even make any sense) published this article a couple of days ago and it quickly spread around the internet like wildfire, and there were even people asking us to write an article about it. Which to be fair isn’t that unrealistic because it is generally the kind of dumb stuff we write about all the time, and does have some semblance of truth in it in that Ja Rule was in prison and has left his wife and family.

However, everything about this article is so obviously fake that there was no way we would run it, except to rip everyone who thought that it was actually true. I mean there definitely isn’t an MTV show called ‘Married Life After Prison’ – although I should probably add a yet at the end of that statement – for a start and the whole story is so stupid and devoid of facts and obviously made up that it doesn’t really bear talking about. Still, it was kind of funny so here’s the original copy:

‘NEW YORK – “He wrote all them love songs and still don’t know how to treat a b*tch” Responded Aisha Atkin’s rapper Ja Rule’s wife in an opening statement during her MTV exclusive “Married Life After Prison” set to air later this month.

“We spent 10 plus years building our marriage but it only took him two to decide he’d rather suck a d*ck than be with his wife” Ja Rule was sentenced to two years in jail for a gun charge and released earlier in 2013 when he presumably returned to life with his family, but according to Aisha that is simply not the case.

“He returned home alright; To get his shit and leave” She claims that Ja Rule real name Jeffery Atkins simply told her that he was sleeping with his personal trainer and not until later did she find out that not only was he a man, but his prison cell mate.

Aisha admits that she hopes this is just a phase, but is now convinced that the whole 50 cent thing was not just a silly rap feud, but more than likely a crush’.

It’s ridiculous that people couldn’t realise that this was some really bad (kinda funny) satire. Ja Rule himself took to his Twitter account to discount the dumbass rumours, and didn’t really seem that bothered about them. Probably because they were preposterous.