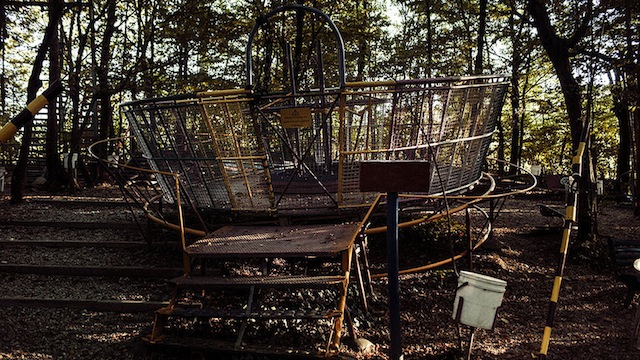 An Italian man took 40 years to build this impressive – if a tad creepy – amusement park by hand. Check it out.

I don’t think this would ever happen in the UK due to health and safety regulations but apparently Italy have no qualms about those sorts of things, which is great as this handmade amusement park is rather beautiful – if a tad creepy and extremely dangerous looking.

It was created by a restaurateur named Bruno as a way of attracting customers to Ai Pioppi, the restaurant he runs with his family. It beats any Wacky Warehouse ball pit I’ve ever been in, that’s for sure. It’s taken him forty years to make an assortment of swings, slides, seesaws, gyroscopes and roller-coasters and it certainly looks impressive. Even if they’re not the safest looking constructions in the world, they’re quite the spectacle and I’m sure they’ve brought a few customers in over the years.

Fabrica have created a short documentary about Bruno and his theme park which you can see below. It shows the scale of the venture and the stories that have helped create this hand-crafted marvel.

Head to the next page for more creepy photos of Bruno’s amusement park.