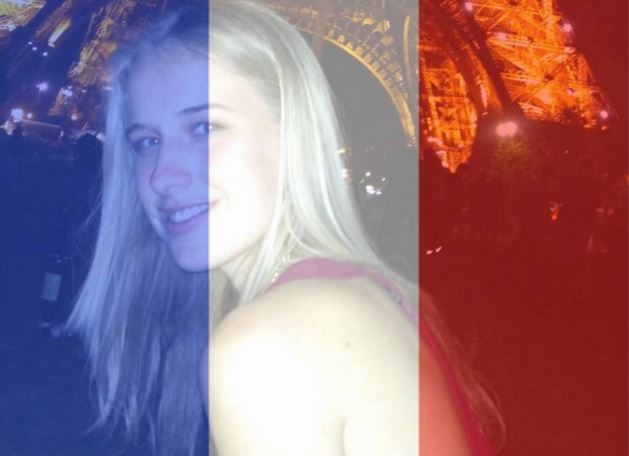 Here’s something to put your week into perspective on this moody Monday – one girl named Isobel Bowdery’s Facebook post describing how she managed to survive the Paris terrorist attacks on Friday by playing dead, while people were murdered all around her:

you never think it will happen to you. It was just a friday night at a rock show. the atmosphere was so happy and… 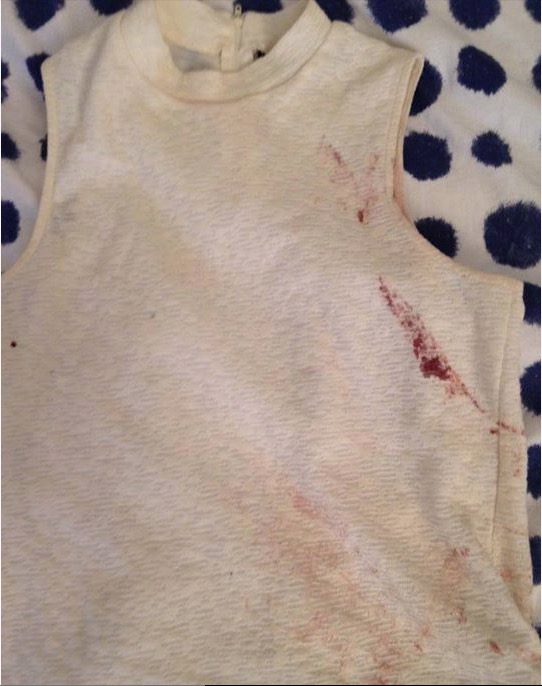 In case you can’t read the FB post in its entirely for whatever reason:

You never think it will happen to you. It was just a friday night at a rock show. the atmosphere was so happy and everyone was dancing and smiling. and then when the men came through the front entrance and began the shooting, we naiively believed it was all part of the show. It wasn’t just a terrorist attack, it was a massacre. Dozens of people were shot right infront of me. Pools of blood filled the floor. Cries of grown men who held their girlfriends dead bodies pierced the small music venue. Futures demolished, families heartbroken. in an instant. Shocked and alone, I pretended to be dead for over an hour, lying among people who could see their loved ones motionless.. Holding my breath, trying to not move, not cry — not giving those men the fear they longed to see. I was incredibly lucky to survive. But so many didn’t. The people who had been there for the exact same reasons as I — to have a fun friday night were innocent. This world is cruel. And acts like this are suppose to highlight the depravity of humans and the images of those men circuling us like vultures will haunt me for the rest of my life. The way they meticoulsy aimed at shot people around the standing area i was in the centre of without any consideration for human life. It didn’t feel real. i expected any moment for someone to say it was just a nightmare. But being a survivor of this horror lets me able to shed light on the heroes. To the man who reassured me and put his life on line to try and cover my brain whilst i whimpered, to the couple whose last words of love kept me believing the good in the world, to the police who succeded in rescuing hundreds of people, to the complete strangers who picked me up from the road and consoled me during the 45 minutes I truly believed the boy i loved was dead, to the injured man who i had mistaken for him and then on my recognition that he was not Amaury, held me and told me everything was going to be fine despite being all alone and scared himself, to the woman who opened her doors to the survivors, to the friend who offered me shelter and went out to buy new clothes so i wouldnt have to wear this blood stained top, to all of you who have sent caring messages of support — you make me believe this world has the potential to be better. to never let this happen again. but most of this is to the 80 people who were murdered inside that venue, who weren’t as lucky, who didnt get to wake up today and to all the pain that their friends and families are going through. I am so sorry. There’s nothing that will fix the pain. I feel priviledged to be there for their last breaths. And truly beliving that I would join them, I promise that their last thoughts were not on the animals who caused all this. It was thinking of the people they loved. As i lay down in the blood of strangers and waiting for my bullet to end my mere 22 years, I envisioned every face that I have ever loved and whispered I love you. over and over again. reflecting on the highlights of my life. Wishing that those i love knew just how much, wishing that they knew that no matter what happened to me, to keep belieivng in the good in people. to not let those men win. Last night, the lives of many were forever changed and it is up to us to be better people. to live lives that the innocent victims of this tragedy dreamt about but sadly will now never be able to fulfil. RIP angels. You will never be forgotten.

What can you add to that really? Just absolutely chilling stuff. Fuck ISIS.

Oh what’s that? France are already fucking ISIS? Check these bad boys out: 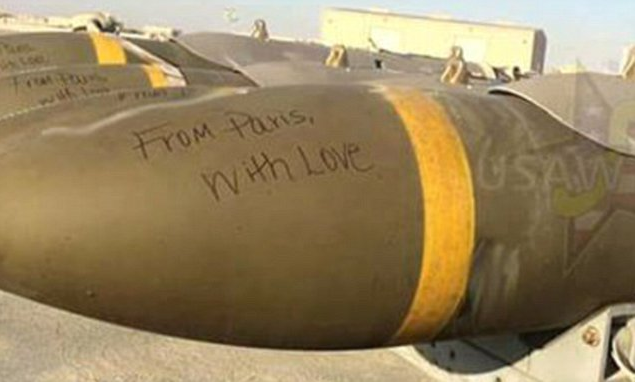 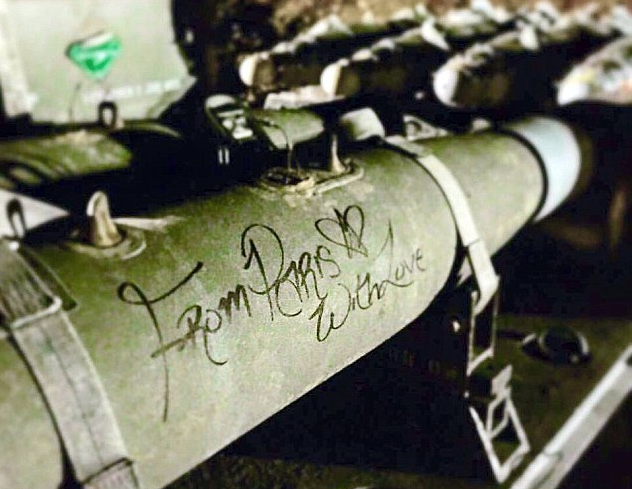 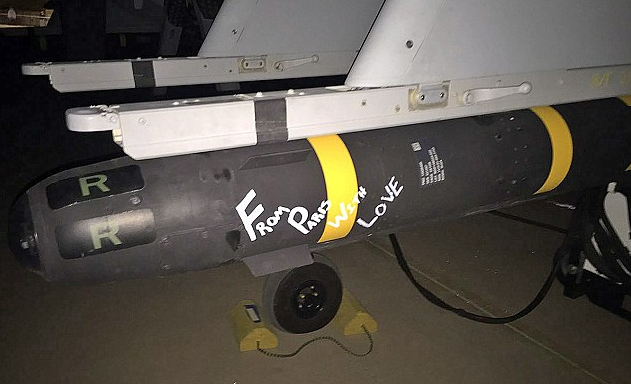 Yep, those are definitely Syria bound. Apparently those are called hellfire missiles — not sure what that is exactly but I know any time you add the words “hell” and “fire” in front of the word “missile” you’re in for a pretty explosive outcome. Which is no less than what these ISIS pricks hiding out in Syria deserve. Hope you’re ready bitches.