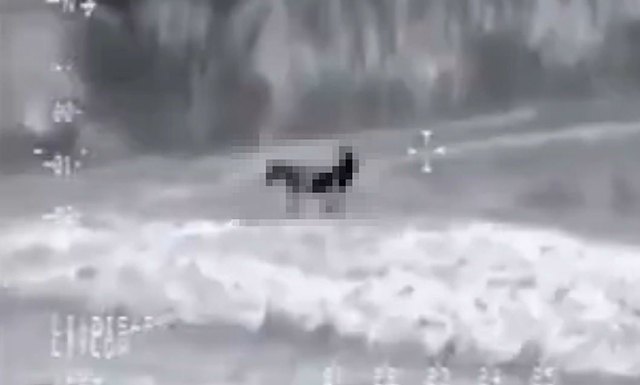 When you’re burning through entire cities and villages, murdering masses of people and generally unleashing fear and havoc out into the world, it can be hard to find the time for a little lovin’.

(Apparently) footage from a coalition drone in Syria this week captured these images of what looks like an ISIS militant engaging in questionable contact with a donkey in a field. The video was uploaded to Liveleak which was then shared the Reddit. It’s authenticity is yet to be confirmed.

The footage was released anonymously onto Liveleak. Mobile users check out the video here.

Hopefully there’s nothing too untoward going on — we all know how interspecies relations can end up (NSFL).