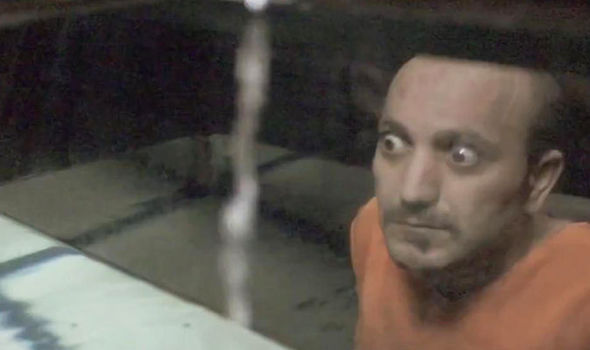 A sickening new video has been released by Islamic State militants showing them drowning a spy in a fish tank.

The victim suffers the indignity of having his head completely shaved, before having his hands tied behind his back and his head dunked in the water. Instead of killing the poor man quickly, the extremist lets him come to the surface for air, only to then push him back under until he stops moving. The clip below is a harrowing watch so be warned:

This is just the latest in a long line of barbaric murders carried out by the extremist group. This sick video shows them pushing a man off of a building just for being gay. When will it end?