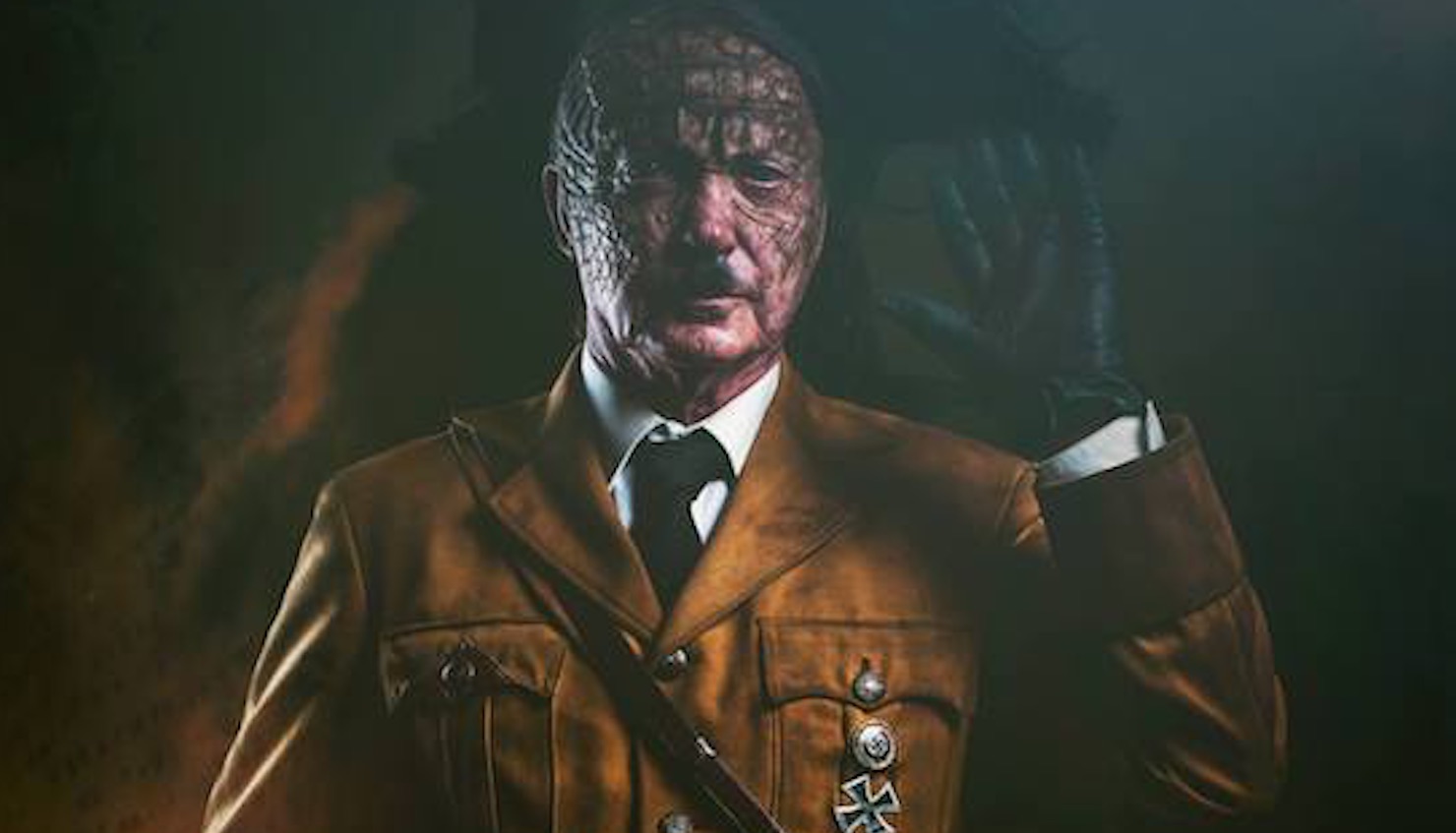 It features a reptilian Hitler riding a T-Rex.

A few years ago, Iron Sky – a movie about some space Nazis – became a sleeper comedy hit due to its completely bizarre storyline and sense of fun and adventure. I even went to see it at the cinema!

Despite the fact that it had cult classic written all over it, I still expected it to remain that way and didn’t think for one second that anyone would ever contemplate making a sequel. Turns out I can actually be wrong about certain things though.

The sequel is set twenty years after the end of the original and has an even sillier and more bizarre premise than the original. Apparently the Nazi Moonrise has become the last refuge of the human race after a nuclear war wiped out the entirety of the world and our heroes have to fight the Vrii – an ancient race of shapeshifting reptiles – and their dinosaur army in order to save humanity.

The trailer is about as nuts as that sounds:

Right? No idea how any of this is going to actually pan out but I’m sure it’s going to be very very stupid and a whole lot of fun, just like the original. It’s just a shame we’ve gotta wait until next year for it.

For more Nazis, check out ‘Nazis Getting Punched’. Arguably one of the best pages on the internet right now.