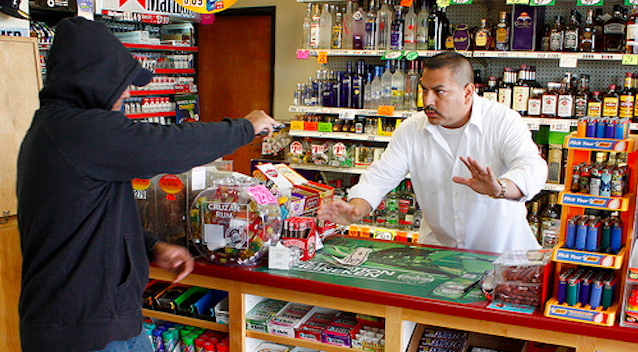 When you’re trying to rob a liquor store, make sure that one of the toughest Iraq veterans ever isn’t working behind the counter.

Normally, you would probably assume that holding up a liquor store is an easy way to make a fast buck. There isn’t that much risk and there’s a lot of reward, and it happens in TV shows and movies all the time and they seem to get away with it so how hard could it be?

That all changes when you run into an army veteran behind the counter like this perp. He came face to face with 54 year old army veteran Jon Alexander – who’s an Iraq War veteran that was in the military for 30 years and has four tours of duty under his belt, as well as having previously worked as a prison guard and professional extraditor of federal prisoners – and quite promptly got completely schooled. It was like taking candy from a baby.