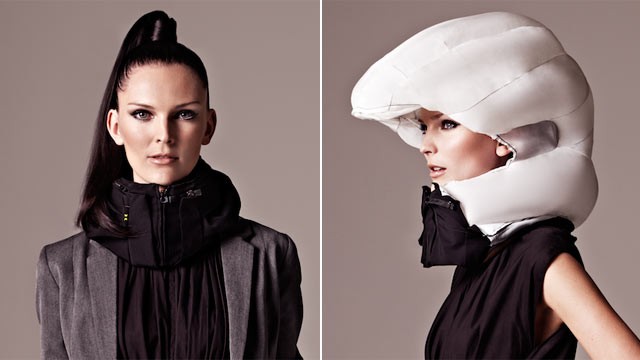 In response to a change in cycling laws in Sweden, two engineers have invented an invisible bike helmet.

Much like most drivers, I can’t stand bikes on the road. Not inasmuch that they perturb me with their own sense of satisfaction getting everywhere for free or even that it reminds me how out of breath I got a few months back when I borrowed my housemate’s bike to make a two minute journey, but more because they scare me. And what’s even scarier is that they don’t seem to scare the other drivers on the road.

I’ve been guilty of getting pent up behind two cyclists freewheeling side-by-side down the high street in Fallowfield and I’m certain that many other people feel exactly the same. What I can never get over is how potentially dangerous this venture is particularly when considered that ability between cyclists can vary exponentially as there is no form of “cycling test” (not that I am suggesting one be put in place) and that all too often the decision to wear a helmet is forgone at the expense of one’s sense of vanity or convenience. Granted, if you arrive somewhere attempting to look aloof, copy of the Guardian neatly poking out of your satchel and an air of jovial nonchalance, having a helmet flatten your barnet to the same appearance as Table Mountain is hardly going to help to concentrated effort. That is, until now.

Two Swedish engineers, Anna Haupt and Terese Alstin, have created a helmet that to the naked eye is completely invisible. The development of the product, named the HÃ¶vding, started back in 2005 after Sweden changed their laws regarding mandatory helmet use for children under the age of 15. I will admit that when I heard of this venture I was skeptical to the point that I actually thought it might be a joke, but sure enough the invisible helmet exists. It essentially works as a collar that is put on and then deploys an airbag if the cyclist crashes at any point.

This idea is pretty ingenious and if it prompts more people to wear helmets when on the road it can only be a good thing for general road safety. The only issue I have with this particular topic is that helmets aren’t considered completely necessary already. I can’t imagine not putting on a seatbelt because it was seen as uncool, although those far more informed than myself have weighed in on this topic in the past. Competitive cycling’s main-mod Bradley Wiggins has suggested that wearing helmets should be made a requirement by law, only to have this claim rebuked by several cycling charities who claimed that wearing a helmet would only cloud other issues. That it may, but nevertheless countless studies from the US, the UK and Australia have shown that wearing a helmet reduces the chance of suffering a brain injury. Old Boris also said that whilst he supported the idea of wearing helmets, he had no plans to make it a legal requirement. Who ever heard of a politician sitting on the fence, eh? 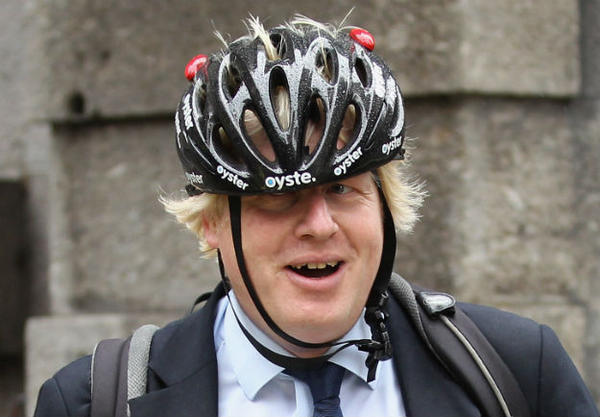 What HÃ¶vding does do is provide a really good way for both parties to meet in the middle and with any luck put a stop to any potential injuries. That is if you happen to have 400 euros lying around the house that isn’t earmarked for trips to Nando’s and accumulators. Looks like I’ll be walking.

5 Ways To Spot A Twat On A Bike

Bike Gets Stuck In Boy’s Butt