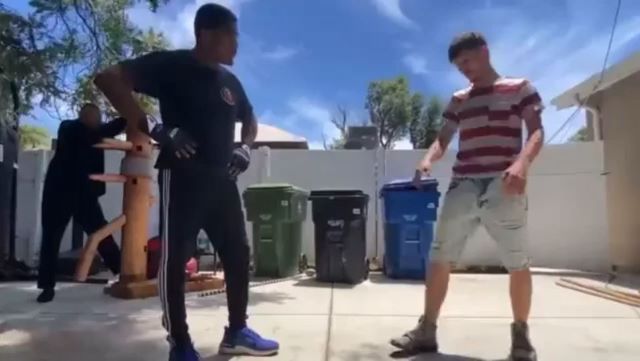 The ‘Internet Karate Kid’ shows up to his first #MMA Training session and ties to teach the coach… It goes terribly wrong… 😮🤣 pic.twitter.com/dGAHcjD5dg

Oh dear. Classic person who knows how to fight Vs person who thinks they know how to fight situation. Just turning up off the street to a MMA session and trying to test a legit martial arts instructor, disrespecting him in front of all his students and friends. Well the internet karate kid soon found out why that’s not a good idea. Lucky for him the instructor decided to slap him around a bit instead of completely destroying him, which I guess is the sort of discipline that makes a good coach. Then again, he did allow himself to lose his composure in the first place so maybe not. That kid was seriously annoying though, so I think we can forgive it on this occasion.

To watch Paddy the Baddy fight 10 marines and demolish every single one of them, click HERE.