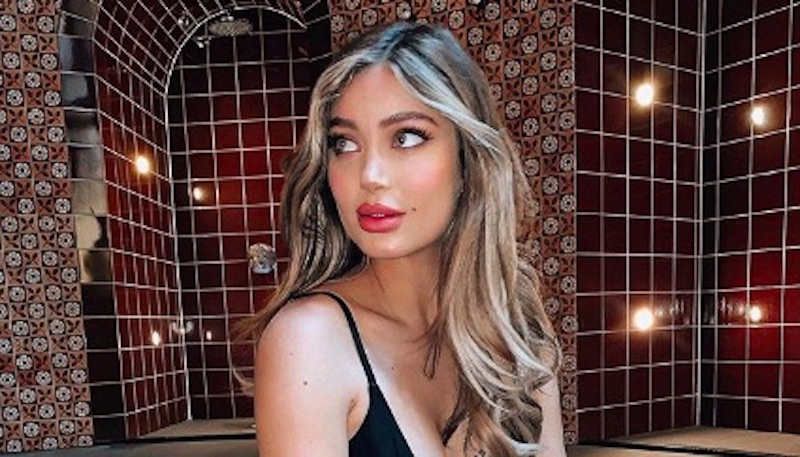 Her stomach is flatter than mine.

Instagram model Belle Lucia from Australia has left the internet baffled after sharing a picture of herself in a two-piece at the St. Pancras Renaissance Hotel in London.

Before we go into why, just take a look at the picture:

Now, wouldn’t you agree that she’s got one flat and toned stomach? I, for one, would have to spend a majority of my life down the gym if I wanted to see anything even close to those results.

But what makes this truly baffling is that Lucia is six months pregnant in the photo. That’s right – somewhere within those trim abs, there’s a baby growing. Somewhere…

The model captioned the image, which she shared with her 1.3 million followers on Instagram:

Since becoming pregnant all I’ve wanted to do is swim.

Just slightly difficult living in London as I can’t quickly jump into the ocean like I did back in Australia.

The post follows a similar one she uploaded at 16 weeks which she captioned:

Okay, now she’s just taking the piss. Fans were quick to comment on the posts, questioning how it’s possible for someone to look that unbelievable when they’ve got a human being growing inside of them.

Here are just a couple of the comments from the online community:

How is this a 6 months pregnant stomach if only everyone was like that.

If I look like this 6 months gone, I’ll never stop having babies!!

This isn’t the first time her pregnancy has come into question. In fact, Lucia grew so tired of the backlash that she took to Instagram stories to say:

As you can see, women show very differently but are all carrying a little life.

Just because I’m not showing as much as you like doesn’t mean my pregnancy is ‘unhealthy’ or that I’m promoting a ‘skinny’ pregnancy.

It’s just my body and I can’t help it if it doesn’t look the same as other women.

Body shaming is not okay no matter how ‘big’ or ‘small’ someone is.

Of course, body shaming is not cool and she raises a good point. But I think for the most part people are just baffled and intrigued at how teeny tiny she looks when she’s this far gone – where is the baby? Is it tucked away around the back? Who knows – guess we only have a few more months to find out.

For the pregnant prostitute who said she’ll carry on working “until she pops”, click HERE.