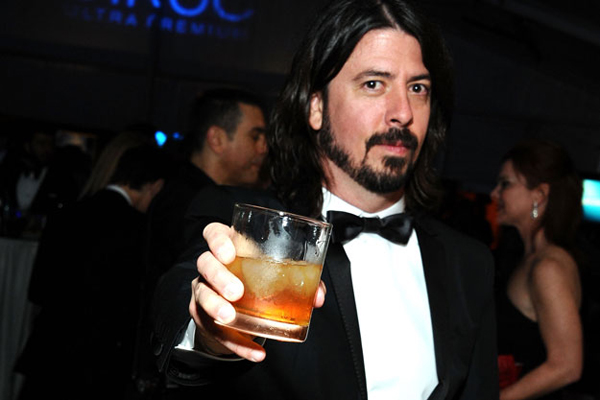 The Foo Fighters Arms has been rammed since its opening.

Last week we revealed that the Foo Fighters were opening up a pub in East London to promote their new record Concrete And Gold which was released last Friday.

The pub looked as if it was rammed all weekend, as fans who had pre-ordered the record were invited down to drink some Foo Fighters related beers – fittingly named La Dee Da, Dirty Water and Concrete and Gold – and hang out with other fans of the band and buy some Foo Fighters related merch. As you would probably expect, many of them were all too eager to share their experience on social media as well, so if you couldn’t make it down you can at least see what the place looks like.

Here are a few of the best snaps:

Tonight I will be spending the night in the Arms of the @foofighters. Be gentle. pic.twitter.com/2s1ywGGjYn

Done. Done. On to the next one. @foofighters #FooFightersArms pic.twitter.com/Yws0uLBl9N

Great night out at #FooFightersArms thanks for the invite down guys; if you're a fan get down there! @foofighters #theregoesmybeero pic.twitter.com/QvN3ENVb2b

Looks like a pretty fun spot. If you haven’t had a chance to go down it’s open until Thursday and there’s a special quiz night going down tonight, with some rumours going around that certain members of the band are going to be in attendance too. Not sure how true that is but you would probably kick yourself if it turned out to be right though wouldn’t you? Seems like it’s kinda difficult to get in though so good luck if you decide to go for it.

For more Foo Fighters, check them out recently playing a song with Rick Astley in Tokyo. Jokers.