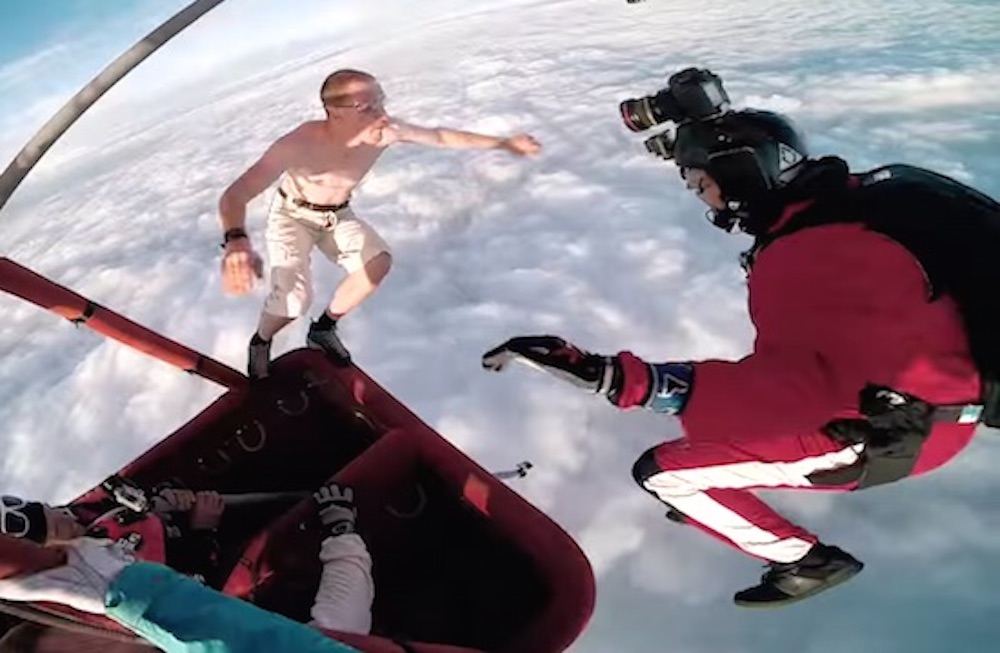 What an absolute mad head.

I’ve said it before and I’ll say it again – I don’t think there’s any way I will ever go skydiving or bungee jumping or anything like that in my life. I’m just way too shit scared of it to be honest, so no thanks.

But if I were to do it, then I would definitely 100% make sure that I was skydiving WITH a parachute, unlike the absolute mad head that you’ll see in the video below. His name is Antti Pendikainen and for some reason he thought that it would be good idea to jump out of a hot air balloon without a parachute and try and catch his friend up before he hit the ground and catch a lift on his parachute.

Er yeah, no thanks.

Geez. I got uncomfortable just watching that when he was balancing on the side of the balloon without a parachute on. It was even scarier when they were trying to clip him in and it didn’t look like it was going to work too. What the hell is going through that dude’s head to think like that? Not even sure what making the video even achieved.