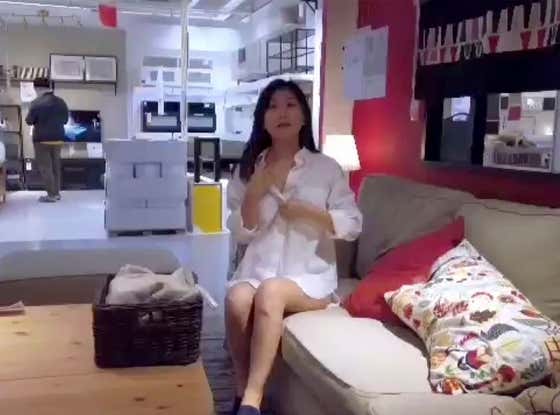 Could really do with some Swedish meat balls right now.

A lady has been caught on camera finger-blasting herself while half naked in a Chinese IKEA, prompting the Swedish furniture giant to tighten security measures.

Obviously we can’t post the video on this site, but you can find it easily by Googling two search words. I located it in seconds… for research purposes, obviously.

The 2-minute clip shows the unnamed Chinese lady wearing just a white shirt as she fingers herself in various sections of the store. Other shoppers walk by as she straddles a chair with her butt towards the camera and basically goes to town on herself.

The clip quickly went viral and has been removed from all Chinese social media, according to the NY Post. IKEA has since said it would take “even more careful security and public cleanliness measures” and encouraged all customers to “browse stores in an orderly and civilized way.” 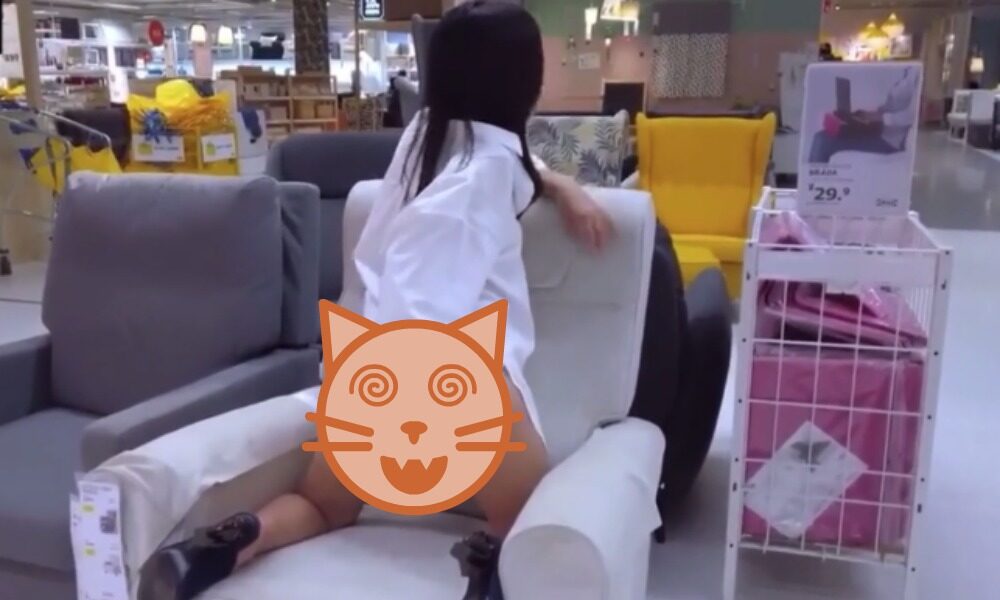 Still, I think this is good publicity for IKEA? Apparently the official company apology on their website got NINE MILLION views which is absolutely insane. No wonder there’s so many companies and corporations out there bending over backwards to accommodate the Chinese market.