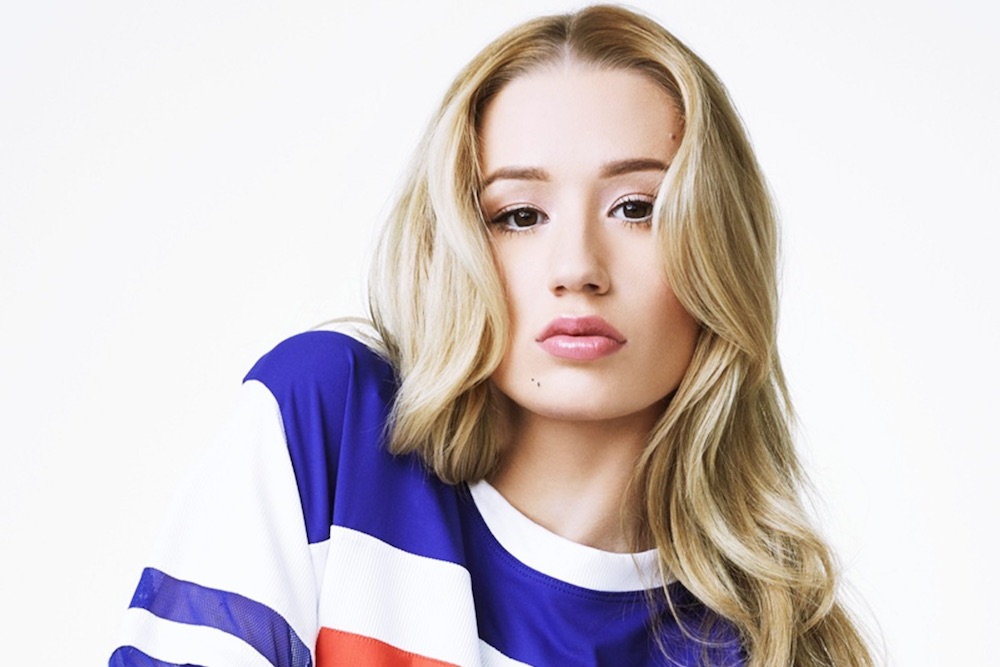 To be fair it’s pretty terrible.

If you were following Iggy Azalea’s career last year then you would have noticed that she just started doing a bunch of raps where she literally spoke gobbledygook that didn’t make any sense. Like, no sense at all. Some of it was just weird noises.

Whilst this was pretty entertaining in the live environment, I didn’t really expect her to start doing this on her records, especially after everyone seeing it thought it was pretty stupid. Unfortunately for her that’s exactly what she did do on her new song ‘Azillion’ and it hasn’t gone down well with here record company.

Take a listen below and you can probably understand why – it’s literally just her shouting words that don’t make sense when place alongside each other (rhyming million, trillion, billion and zillion over and over again gets a special mention) over some hackneyed electro beat, provided by D/R/U/G/S nonetheless. Probably a D side from them or something they bust out in 20 minutes.

Oof, yeah why would do that? I suppose some people in the comments like it, but really?

In fact, it’s been so badly received on the internet that Iggy has just revealed in a series of tweets that it means that the record label have denied her a video and that her new album Digital Distortion might not even be released. Apparently the label want her to find a pop star to sing the chorus on the song whilst she raps – a la Charlie XCX on ‘Fancy’ – and not whatever the hell ‘Azillion’ is. Can’t really say I blame them if they want to make any money.

Here’s what Iggy had to say:

I felt like it was dope so, whatever. ted cockle doesnt wanna see me shine. what can i say.

Anyhow i could say ALOT – but ill keep it mildly professional. Just wanted to let some of you guys asking know whats happening.

BRB heading to LA to rent a car. Just kidding.

To be honest I think Iggy has been found out here and the only thing that she was actually good for was rapping verses on radio-friendly hits with pop stars singing the hooks that everyone remembered. Bummer for her, but at least we’ll always have this video of her brutal lip sync fail to remember.  And hopefully some even more ridiculous new music to laugh at.