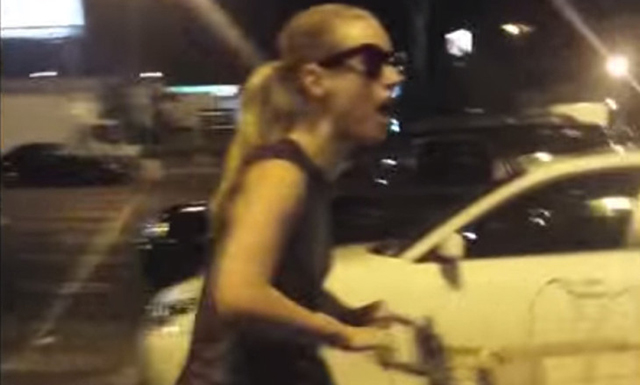 Looks like Iggy isn’t a big fan of being famous.

Any musician who has to deal with fans trying to finger them at their shows is bound to be a little irritable at times.

According to the video description, the paparazzi dude took some shots of Iggy Azalea outside a supermarket, and when he tried to leave she chased after him, put him in a choke hold, spat at him, (this is where filming commences) yelled at him, said she hopes he catches Ebola (deep) and then tried to run him over with a shopping trolley:

So yeah, looks like Iggy is losing her cool a little bit with the fame game. Don’t blame her really as the LA paparazzi seem like the biggest scumbags on the planet but still, gotta remember you’re famous and keep that temper under control.

Although maybe she’s pissed because it was the same guy who filmed her disastrous lip sync fail the other month.