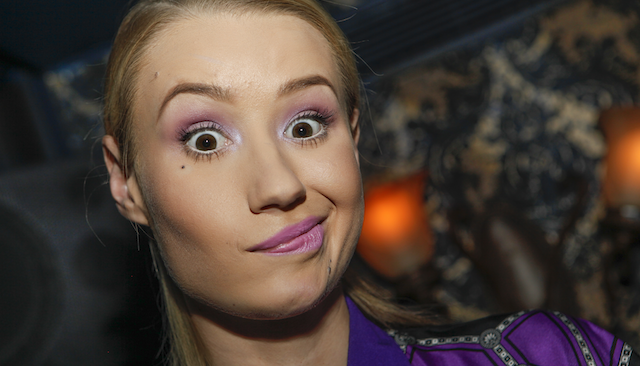 Rumour is that Iggy Azalea was born with a penis.

Even though Iggy Azalea recently revealed that she’s had to stop crowd surfing at her shows because so many people are trying to finger her, she’s still being forced to defend herself against allegations that she has a penis and was born as a man named Cody. Not that there’s anything wrong with that of course, although it must be pretty annoying to have to defend yourself against ridiculous made up rumours all the time.

Iggy is all sass though and took to Twitter to shut down the trolls with some great comments about the situation. Denied.

Wait, so I’m just now reading that I was born a man and my name is Cody? *Cackling* why Cody tho? Lol.

I just don’t see myself as a Cody.

I’m more of a Liam, if had a penis. Liam Azalea.