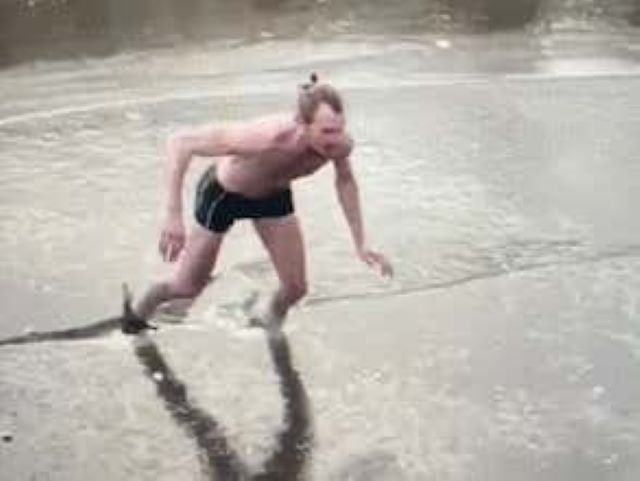 What a mad man.

A semi-naked, manbun-rocking lunatic over in Amsterdam decided to put his skates on and have a go over Amsterdam canal this week, which is just asking for trouble in these freezing cold temperatures.

Sure enough, the ice soon broke and the man went brutally face-planting through it and into the ice cold waters below. Was he bothered? Not in the slightest, from the looks of it:

Impressive lack of concern for a guy in skates and not much else
pic.twitter.com/VjmLS8Lb6z

Blimey, you just know there’s some serious shrinkage going on there. But for some reason the guy is as nonchalant as can be and doesn’t even seem in a particular hurry to get back out on land and maybe throw a towel over himself or something.

Instead he just decided to go for a little swim and in fact looks as though he wanted people to join him for a swim in the water? Yeah, no thanks mate. Especially as I’m pretty sure the public toilets around Amsterdam drain directly into the canal. But you do you, buddy! Definitely earned his manbun with that performance.

For news that the mayor of Amsterdam is planning on banning tourists from smoking weed in the city, click HERE. Why would she do that?