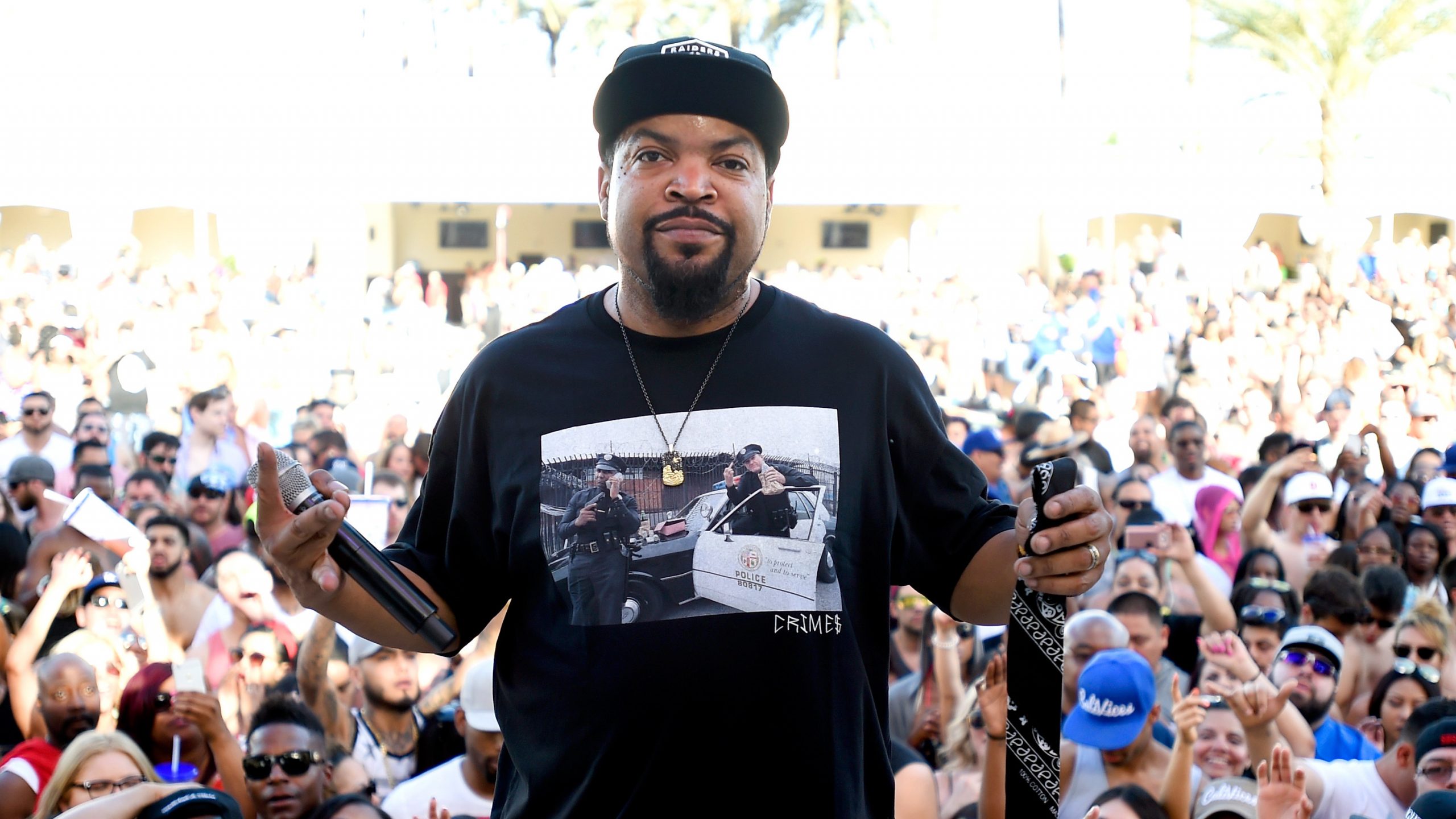 As may have been expected, Ice Cube has been highly active on social media over the past couple of weeks as the Black Lives Matter movement has mobilised all over the world, but he sadly seems to have ruined a lot of that by deciding to post some nonsense about a bizarre anti semitic conspiracy theory regarding cubes all around the world.

Cube decided to share imagery via Twitter regarding the black cube conspiracy theory which implies that Jewish elites worship Saturn as part of Satanic ritualism. Here’s what he had to say about it, as well as a couple of explanations from other people as it is a bit confusing sure – there’s also another anti semitic tweet of a mural that he shared a few days before:

hey, just to flag that the image of the mural you’ve shared is quite anti-semitic. I wrote about it here a couple of years back. I expect you hadn’t clocked the connotations – but hopefully this helps. stay strong, and in solidarity x https://t.co/qTpgTaM1xy

Conspiracy theories allow their proponents to flatter themselves into thinking base prejudices are but marks of intellectual sophistication. Even so, “cubes are symbols of Jewish control” reaches a new frontier of stupid when offered by a guy best known as … Ice Cube. https://t.co/icds6YCiLu

The red is supposedly highlighting the cube in the center of the Star of David which references the theory that the cult of Saturn symbolized by a Black Cube dominates the world’s major religions including Judaism. pic.twitter.com/7UR33tU0tR

666, Saturn’s hexagon has 6 sides and forms the 6 pronged star of David and Saturn is the 6th planet. pic.twitter.com/Wbaq9qMUnb

This is CUBE. My account has not been hacked. I speak for no organization. I only speak for the meek people of thee earth. We will not expect crumbles from your table. We have to power of almighty God backing us all over the earth. NO MORE TALKING. Repent.

Very weird subject matter to spouting off about at a time like this when the conversation is clearly focussed on improving black lives and not attacking the ‘Jewish power elite’. A whole bunch of people have obviously decided to comment on this as well and I think you’ve gotta side with them really – stick to tweeting about black politics at the moment Cube, you were doing a pretty good job of that.

Sadly, no. This is his second antisemitic post in a week. Conspiracy theories of Jewish global domination are textbook antisemitism. https://t.co/2EACMnehVK

Antisemitism sucks even more than usual when it comes from someone you once respected. Not a good day… https://t.co/tqnpLPlT3H

Whether J.K. Rowling or Ice Cube, I’m really noticing how celebrities are taking up a lot of space with absolute nonsense at this critical moment in history. They could be amplifying organizers, mobilizing resources, but no. Wealthy narcissists must not derail this movement.

Honestly, I’m just glad it was Ice Cube who tweeted strange antisemitic conspiracy theories instead of Ice T because I cannot live without Law and Order in this quarantine 🧊🧊🧊

For more of the same, check out this unreleased demo of NWA’s ‘F*ck Da Police’. Iconic.