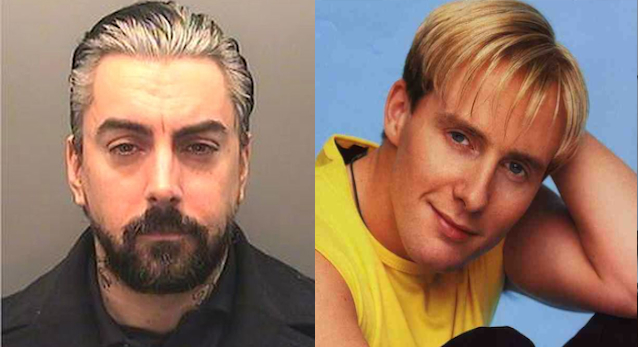 A lot of people on the internet have been venting their hatred for Ian Watkins over the last 24 hours. Unfortunately a lot of them are getting the wrong Ian Watkins, and H from Steps isn’t the only victim.

As I’m sure everyone is aware, Ian Watkins surprisingly chose to admit his guilt for the majority of offences that he was charged with – including the attempted rape of a baby. As you would expect, almost the whole world was aghast and disgusted by his actions and everyone was talking about it on social media, with a hell of a lot of people choosing to send hate filled messages to Ian Watkin’s Twitter and Facebook accounts.

Except that a whole bunch of these people were so retarded that they sent messages to the wrong accounts. Unbeknownst to most people in the world, it turns out that H from 90s pop group Steps is also named Ian Watkins, and has the Twitter handle @ianhwatkins. It seems like he was ready for the abuse he might mistakenly receive as a result of the other Ian Watkins’ upcoming trial when he posted this tweet a couple of days before it started:

Decided to have a break from twitter… Not sure when I’ll be back.. Big Hugs to you all x H x

However, this didn’t stop a bunch of idiots laying into him over the past 24 hours. I couldn’t actually find any directed at him (it’s hard to find people’s @mentions at the best of times, but when half the country is tweeting about someone with almost exactly the same name it’s downright impossible) but you just know that it’s 100% happening, especially judging by the reactions in other public forums, with Facebook being the most obvious.

H has tried to stop the abuse on Facebook by posting this message.

And looking at his feed it seems like all the negative messages directed against him have been deleted, as he said in the message. But as with the tweets, you can bet that there were a whole load of them in the last day or so.

However, this wasn’t the dumbest part of the whole ordeal for H from steps: