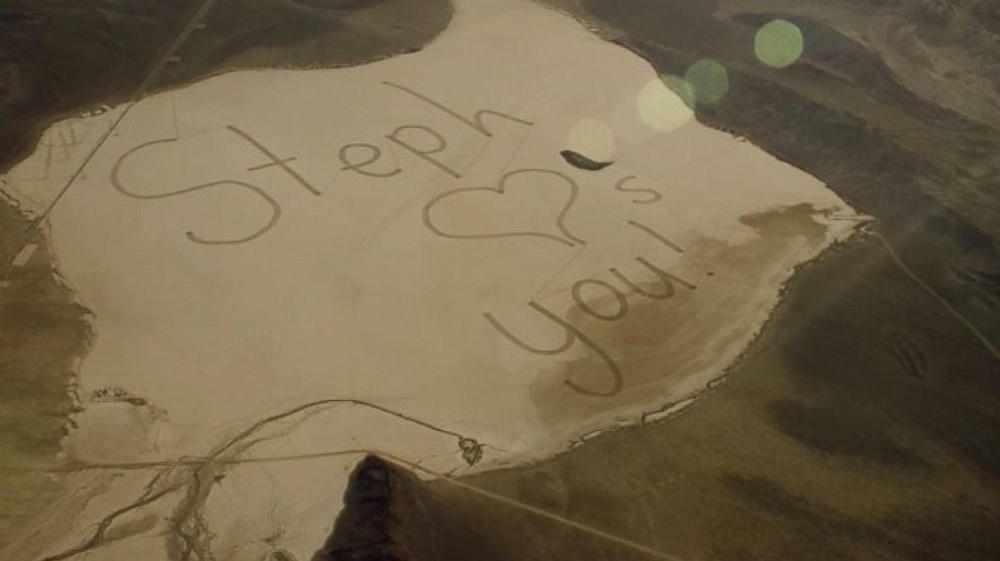 It must be pretty hard if you’re the child of an astronaut as your parents would probably always be in space and you wouldn’t really be able to communicate with them that easily. The worst case scenario would be (spoiler) if you’re like Matthew McConaughey in Interstellar, then you would just have to watch them get older and older through a series of messages because you spent too long on an alien planet.

That probably isn’t a problem for any astronauts right now though, but it must still suck to be floating around in space when you could be hanging out with your kids and you don’t really have any idea what they’re doing. One 13 year old girl named Stephanie had a different idea though and decided to team up with Hyundai to send her dad a message from the ground up into space to let him know that she was always thinking of him.

In what has to be one of the best adverts ever, the cars use their state of the art (Hyundai) sat navs to drive metres apart from each other in the desert of Nevada’s Delamar Dry Lake in order to perfectly spell out the message to her father so that he would be able to see it from his post on the International Space Station. The result really is heartwarming and as a bonus it was also awarded the Guinness World Record for world’s largest tire track image. Great marketing campaign.

If you enjoyed that check out these mind blowing sand sculptures by Carl Jara for more examples of what you can do with sand if you’ve either got a load of talent or a huge budget.