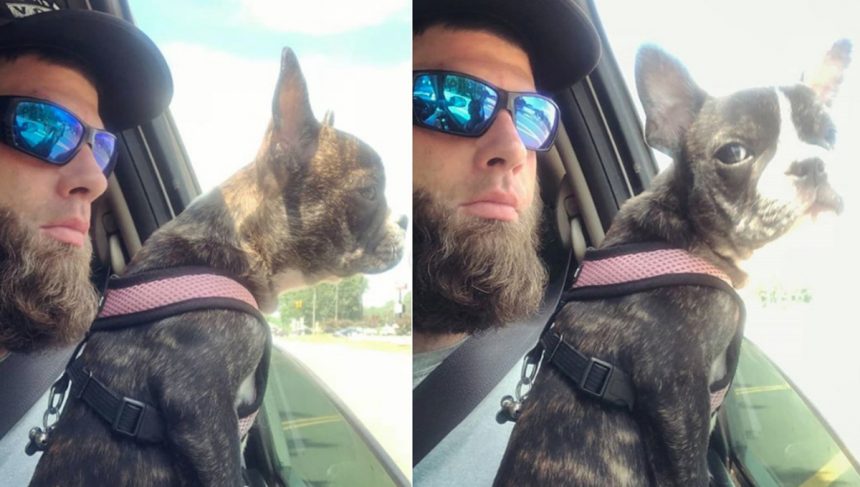 The husband of MTV ‘Teen Mom’ star Jenelle Evans is under fire from PETA and other animal welfare groups after he shot and killed the family’s French bulldog because it bit his daughter in the face.

He shared this footage of the incident as justification for killing the pet:

#TeenMom star Jenelle Evans is heartbroken over the death of her dog, which was shot and killed by her husband, David Eason.

He shared a video for justification of the dog snapping at baby Ensley as she’s moving closer to its face for a kiss. pic.twitter.com/HlrxdHZpiv

Just looking at some of his quotes…

I’m all about protecting my family, that is my life’s mission. Some people are worth killing or dying for and my family means that much to me.

I don’t give a damn what animal bites my baby on the face. Whether it be your dog or mine, a dog is a dog and I don’t put up with that.

… I am not surprised they came from this dude. I mean look at that beard – this is definitely not a guy who is going to let you get away with harming his little girl:

Now I can appreciate a man going into a murderous rage when any creature harms his baby daughter, but did he really have to kill that cute little French bulldog? Was that really the best course of action here? Seems a scumbag trigger-happy American move TBH. Just a little bit on the extreme side.

There is one silver lining though, and that’s that Teen Mom Jenelle Evans was able to get some sweet Instagram likes on this RIP post she shared earlier:

For more Teen Mom, here’s the time Farrah Abraham set back feminism 100,000 years with one quote.